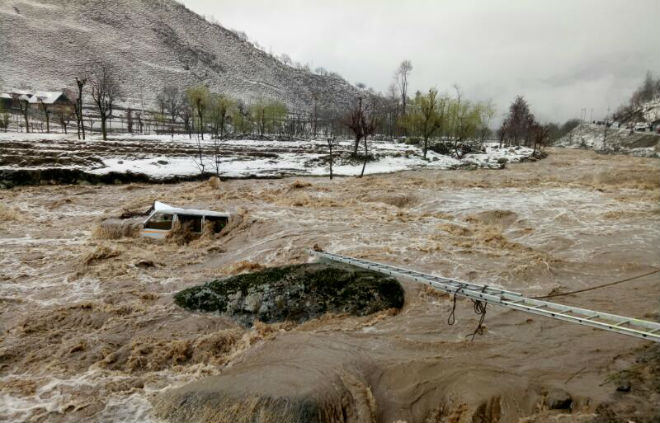 Heavy rains caused floods in Srinagar and other areas of the Kashmir valley (India).

As a result of intense rainfall last week, the water level in the Gelam River and its tributaries increased significantly. Some of the low-lying areas of Srinagar were under water. A group of soldiers and rescuers were sent to the disaster zone to assist in the evacuation.

Local residents feared repetition of the devastating floods in March and April 2015, when more than 12,500 buildings were damaged and 44 people died. This time the flood was short, there was no information about the dead.

However, local mass media report that in the Kupvara district in Jammu and Kashmir, as a result of the flood, a young girl was killed. She is bold of sudden flood waters. A few more people are killed as a result of avalanches and lightning strikes.
In the Punch district, 17 people were rescued by air force helicopters caught in the “water trap”.

As a result of difficult weather conditions, fruit crops in the valley were destroyed or damaged. Schools are closed in many areas.

By now, the water level in the rivers has declined.