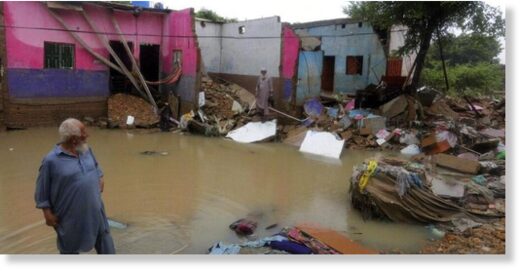 13 more people have died in the past 24 hours, bringing the death toll to 176 since June 15, when the rainy season began in the country. Another 101 people were injured.

According to the NDMA, to date, 72 people have died in Sindh, 48 in Khyber Pakhtunkhwa, 19 in Baluchistan, 16 in Punjab, 11 in the Gilgit-Baltistan region and 10 in Pakistan-occupied Kashmir.

The NDMA reported that 1,307 houses were completely destroyed due to rain, floods and landslides, and another 853 homes were partially damaged.