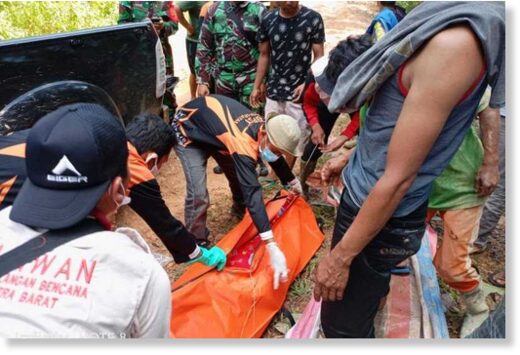 According to the country’s emergency management agency BNPB, on May 10, 2021, after heavy rain, a landslide occurred in a mining area in Sangir Batang Hari District, South Solok Regency, West Sumatra. Conditions have made it difficult for rescue teams to access the area.

In the past few days, heavy rains have caused flooding and landslides in other areas of Sumatra Island as well. On May 05, 2021, up to 700 homes were damaged and 3,000 people were affected in the North Labuhanbatu regency, North Sumatra province. On May 08, floods and landslides hit areas of Gayo Luez Regency, Aceh Province, damaging more than 60 homes.

Meanwhile, heavy rains fell in parts of West Java Province on the neighboring island of Java, particularly in Bogor County.

On May 06, 2021, nearly 12,000 people were affected by flooding in Gunung Putri and the nearby town of Bekasi in Bogor County, West Java. Nearly 3,000 homes were damaged, as well as schools and places of worship.

Since May 08, flooding has affected 3 districts of Bojonggede, Dramaga and Sukaraja in the Bpogor regency after the Pasanggrahan and Chirawakalong rivers burst their banks. A total of 500 people were affected and about 130 homes were damaged.