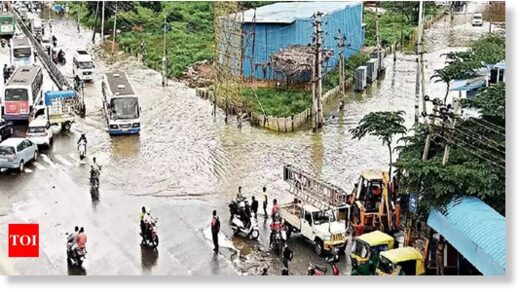 Bengaluru turned into a large pool after several days of heavy rains caused flooding in India’s IT hub. Roads in the city turned into small rivers, with many people trapped in their homes and apartment complexes.

Humanitarian workers handed out essential food as heavy rains pounded supplies. Prime Minister Narendra Modi spoke to the head of the Karnataka state government and assured full support to deal with the flood situation in Bengaluru and other parts of the state.