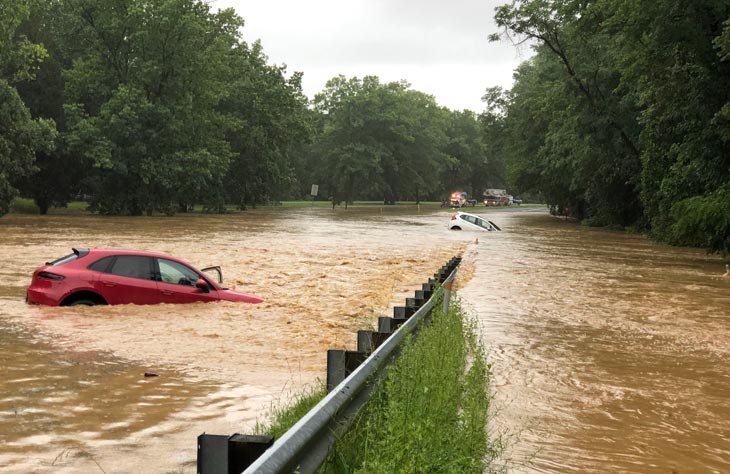 Heavy rain fell on Washington on Monday. As a result, subway stations and a number of districts of the city and its environs were flooded. The White House also suffered – the journalists of the press pool of the US president published pictures of flooded workplaces.

According to Amtrak, a US passenger rail operator, trains heading south of Washington were stopped due to bad weather. Passengers shared on social networks photos and videos that captured the waterfalls, falling from the ceiling of some subway stations, flooded elevators.

Some streets of Washington, including the central ones, turned out to be completely flooded. Drivers were forced to throw cars and swim to safe places. Rainfall also left several thousand residents of the US capital without electricity.