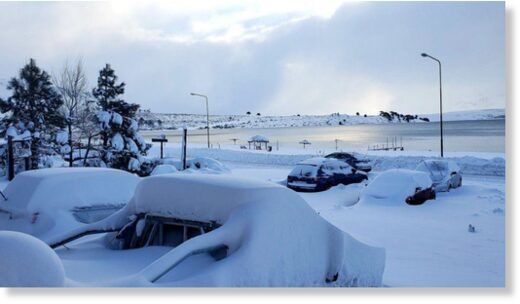 Heavy snowfall in recent days in the Andean region has begun to cause complications. About 50 people were stuck at the Bariloche bus terminal, and the municipality of Neuquén reported that the capital’s terminal was taking long-distance flights to various parts of the province, but had to return because they could not get through.

At the moment, traffic on Route 237 has been stopped due to the difficult situation in the area of Collon-Coura. This route connects Bariloche with Piedra del Aguila and the towns of Alto Valle.

In addition to route 237, the National Highway has suspended routes 40 and 22, where traffic continues to be difficult due to snow accumulation.

Long-distance buses that “were going to San Martin de los Andes and Bariloche were forced to return, while others were stuck in Cutral Co.