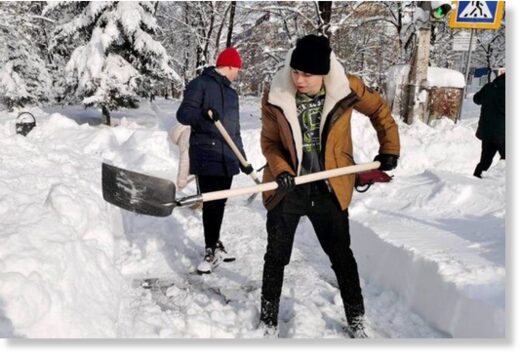 Roads are blocked, schools are closed and public transport is non-operational after a second day of heavy snowfall in Birobidzhan, the administrative center of the Jewish Autonomous Region on Russia’s border with China.

Residents are clearing snow to get their cars out, and additional snow removal equipment has been sent out.