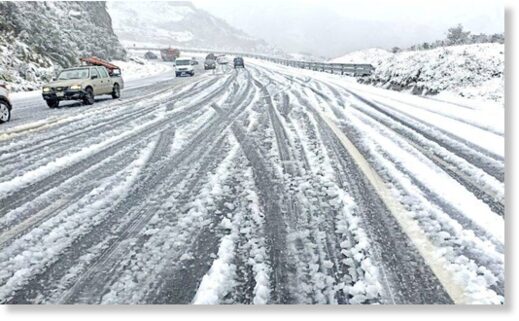 Heavy snowfall was recorded in some localities of the country. The unusual meteorological phenomenon caused road closures and, consequently, the suspension of vehicle traffic.

The Quito-Papallacta road was one of those affected by the snowfall starting at 03:05 and was closed to traffic for safety reasons, ECU-911 reported. The same thing happened on the Guaranda-Ambato highway.

Several units and relief teams were deployed to coordinate traffic control and safety so as to avoid any accidents, according to the emergency services report.