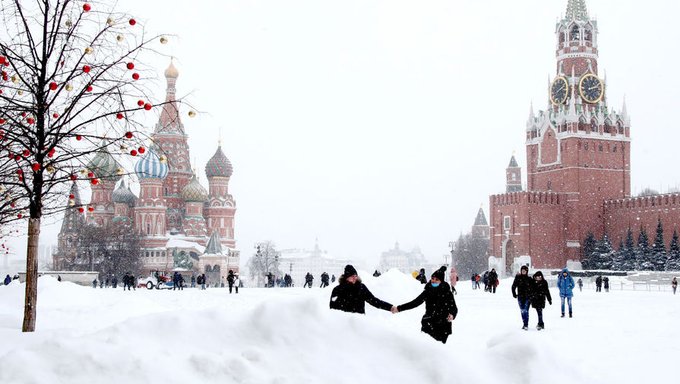 Heavy snowfall over the past few days has covered many parts of Russia, cutting off electricity to more than 30,000 people and forcing various regions and cities to grapple with extreme weather conditions.

Thousands of people were injured, others had to dig their way out of thick snow, and a state of emergency was declared in many areas.

Moscow broke the previous record on February 12, set in 1973, and the city came close to breaking the record height of 60 cm for accumulated snow on February 13.

In other parts of the country, such as Dagestan, local residents had to dig cows out of the snow after the animals were stuck in snowdrifts.

The traffic police rescued 30 cars caught in a blizzard on the Orenburg federal highway.

Meanwhile, a record blizzard in Chelyabinsk left 30,000 people without electricity, as a result of which more than 10 districts declared a state of emergency.

In St. Petersburg, about 1,300 street sweepers and 1,152 workers were involved in removing snow from the streets.