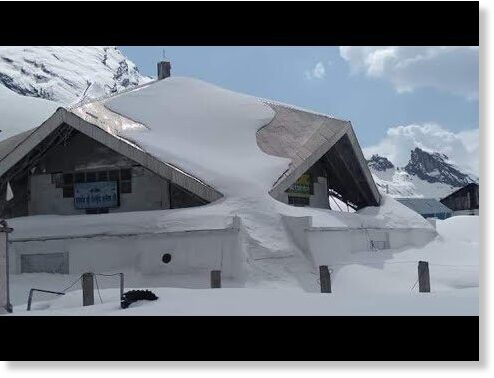 An unexpected snowfall surprised residents in the Solang Valley near Manali. The entire Lahaul Valley was also covered with snow.

Snowfall and blizzards have blocked many roads in Lahaul and upper Manali. The Manali-Atal tunnel road is closed to tourists as it has become slippery. Tourist traffic is limited to the Solang Valley.

Only four-wheel drive vehicles are allowed to enter the Lahaul Valley, where traffic on most roads is partially disrupted. The Border Roads Organization (BRO) began clearing snow early in the morning.

In the Solang Valley near Manali, snow fell 5 centimeters thick. Udaipur received 26 cm and Keylong received 9 cm of snow. Sissa and Gondhla received 15-20 cm of fresh snow. Gulaba, Markhi, Rotang Pass, Hamta and all the upper regions of Manali were dressed in a white mantle. Some parts of the Spiti Valley also received a little snow. In the Hanseatic village of Spiti, 5 cm of fresh snow was recorded.