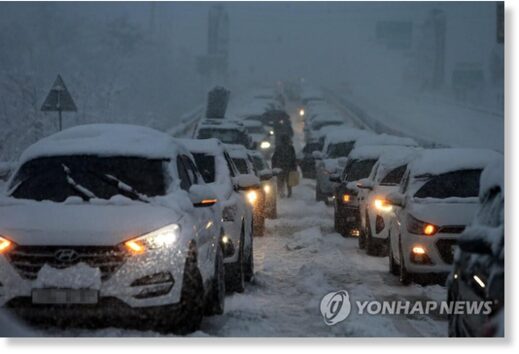 Officials said Tuesday that one person was killed and dozens injured in road accidents caused by heavy snowfall in the northeast of the country.

According to local authorities, up to 90 centimeters of snow fell in the mountains and 5-20 centimeters inland in Gangwon Province from Monday to Tuesday afternoon.

The snow caused severe traffic congestion and road closures across the province, resulting in 79 traffic accidents and many fatalities, Emergencies Ministry officials said.

A 50-year-old man was killed after he was hit by a car near a tunnel on the highway connecting Seoul and Yangyang, 215 km east of the capital.