Historic crop losses due to severe frosts in Brazil 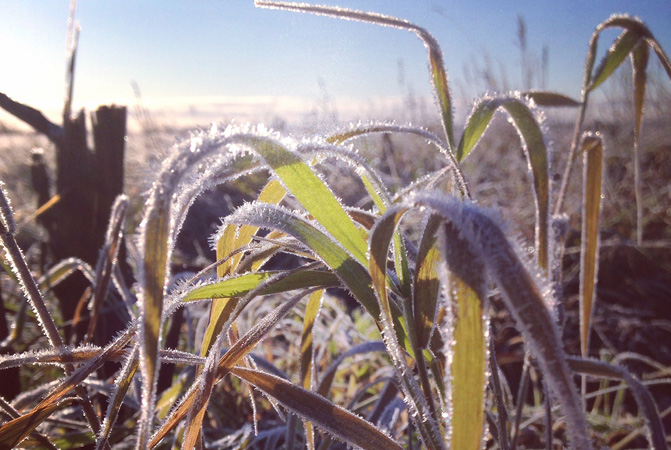 Farmers across Brazil are reporting massive crop losses due to the severe frosts that have hit the country over the past 3 weeks. After several devastating waves of cold over the weekend of July 24 and 25, another blast is expected, followed by another at the end of the month.

On Monday, July 19, frost hit parts of the states of Paraná and Mato Grosso do Sul, with areas of late planted corn affected.

The cold wave reached its peak on Tuesday, July 20, and forecasts show possible new frosts in the states of Paraná, Mato Grosso do Sul, São Paulo and Minas Gerais.

According to a report by Marco Antonio dos Santos of Rural Clima, Tuesday’s frost hit crops such as sugarcane, coffee and oranges. Coffee brokers noted that this frost was stronger than the previous one.

“Crop losses will be very large in all producing states except Mato Grosso… Paraná and Mato Grosso do Sul will have no export capacity at all,” Siqueira said.

“The situation is so dramatic that there will be no corn left on the market in September, and the country will have to import much more from Argentina,” said Victor Martins of Hedgepoint Global Markets.

Dr. Michael Cordonnier, president of Soybean and Corn Advisor, said temperatures in southern Brazil dropped below freezing three weeks ago and even colder temperatures are expected this week.

“Some of these areas are going to be the coldest in 20 years. And I like to tell people that 20 years ago there wasn’t much of the Safrinha variety of corn. And now this crop accounts for three-quarters of all Brazilian corn production.”

Santos also predicted that hard frosts like yesterday could return later this month in the central-southern region, where some farmers have not yet finished harvesting their second corn crop.

Farmers faced the worst drought in 91 years in the first half of 2021, damaging some of the second corn crop and reducing Brazil’s export prospects.

The first widespread damaging frost of the season was recorded June 30, affecting areas of sugarcane, coffee and corn from the southernmost state of Rio Grande do Sul to northern São Paulo.

“It’s been a long time since we’ve seen such frosts in Brazil,” Santos said in a memo to customers sent June 30.