Hong Kong is in danger because of typhoon “Hanun” 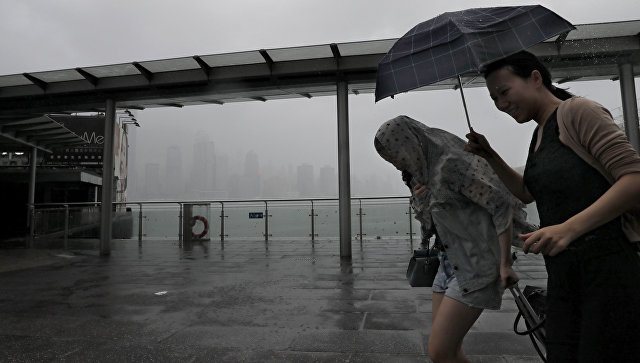 The eighth (out of ten possible) level of storm danger has been extended in the special administrative area of ​​Hong Kong due to the approach of the typhoon “Hanoun”, says the website of the Hong Kong Met Office.

The eighth level of danger was announced on Sunday at 8.40 local time (3.40 Moscow time), at 12.45 (7.45 Moscow time) its operation was extended. According to meteorologists, this means that the average wind speed can reach or exceed 63 kilometers per hour.

To date, the typhoon is 220 kilometers from Hong Kong, it travels at a speed of 25 kilometers per hour through the northern part of the South China Sea in a western direction to the island of Hainan.

Meteorologists recommend that residents of the city and nearby settlements remain at home, close all windows and doors. Stay away from windows and open parts of the house, move all furniture and valuables from these places. It is also recommended to stay away from the coast and in any case not to go to sea.

The South China Morning Post reported that due to the looming typhoon, the transport was affected, with the least affected airports, only a few flights have been canceled or delayed so far. The weather most affected the ferry traffic, traffic on most routes is stopped. Also, as part of precaution, some tourist facilities are closed.