How does volcanic thunder sound? 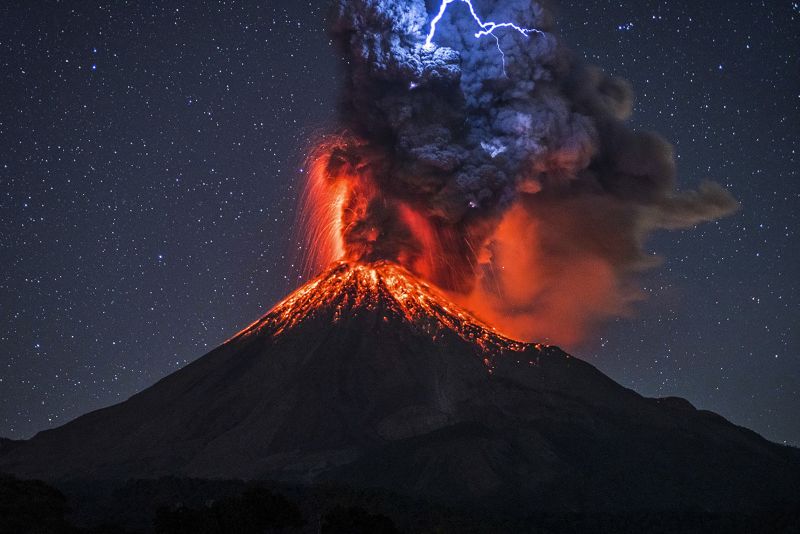 Geophysicists recorded the rumbling of volcanic thunder for the first time, watching a series of violent eruptions on an island in the North Pacific last year.

Thunderclaps were accompanied by lightning in the streams of ash that rose from the volcano Theologian on the Aleutian Islands. Rokot recorded microphones on another island at a distance of 64 km.

The sound of volcanic thunder has never been recorded before, because it is very difficult to separate it from explosions and rumbling that accompany volcanic eruptions. In the audio recording, the sounds of thunder sound like claps and clicks on the background of a low rumble of the eruption.

“The people who were present at the eruptions have accurately seen and heard it before, but for the first time we accurately recorded and identified this sound,” says Matt Heini, a seismologist at the Alaskan Volcanic Observatory in Anchorage, USA.

The Vulcan Bogoslov exploded more than 60 times from December 2016 to August 2017, giving researchers an ideal opportunity to record explosions on the neighboring island of Umnak. In March and June, the microphones recorded clear sounds of volcanic thunder, which arrived at Umnak three minutes after the global network of lightning sensors detected flares in the Ashes of the Theologian.

“If people observed the eruption in person, they would hear the thunder,” says Haney. The thunder follows the lightning that is created in the jet when tiny particles of ash and ice collide with each other and become electrically charged in the process.

The Bogoslov Volcano lies directly below the main air routes from Asia to North America. Last year, because of the eruptions, an aviation alarm was announced, when ash streams rose high into the sky. A further study of volcanic thunder will help to find more accurate ways to predict the size of volcanic jets and, thus, find out how destructive they can be for flying.