How to escape from abnormal frosts 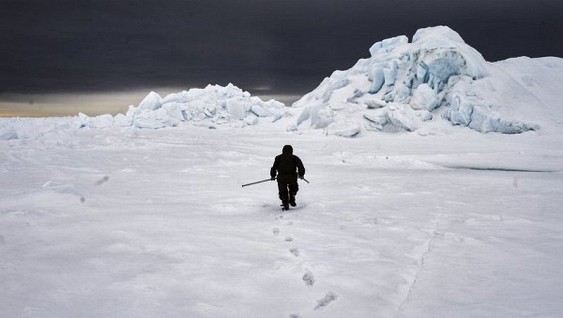 Global warming leads to sudden and drastic weather changes. Today may be the plus one, and two days later – minus twenty-five. The same thing happens with pressure from low to high for one day. For a festive frosts in Moscow alone in the hospital with frostbite were more than 120 people. Of course, most – the homeless. But nobody is insured from accidents. The car broke down on the highway. Caught in a heavy snowstorm. Stuck in the snow. Just came out of the house, relying on clothes, but I underestimated the temperature. Grabbed the heart – sat down on the bus stop. Unable to get up. What to do?

Severe frosts have bound Russia. Every day a new record. People, equipment, even buildings and asphalt with difficulty experienced SUCH negative values.

Further – more. On change Christmas is coming Epiphany frosts. How to live with them and how to survive it – try to understand!

In hospitals across the country – thousands of people with the same diagnosis – frostbite. Among them are those who believed that the cold was the usual occupation is not a hindrance. Max knew from experience that the doctrine of a healthy way of life from warm tropical India is not friendly with the harsh Russian reality.

In the Republic of Komi – in hospital beds were the local hockey team. Athletes in spite of the weather, did not cancel the match and for which he paid.

We have had temperatures around 35 degrees. Frostbite was almost half of the team. We go all raw. And obmorozhenija – said the midfielder of the hockey team Builder Artem Likhachev.

Professionals sure to cold must prepare. Serious, cold to prepare seriously. So our crew went to warm up.

Journalists know about the cold a lot. We are obliged to cover the event, despite the weather, and sometimes spend several hours, even if the window 30. And need to dress accordingly. Now, today pants I already gave, and the rest – to help professionals.
Fleece – it is very warm, even if wet – it retains its function, says Vladislav Smirnov.

On top of flisowski Vladislav is a specialist in civil security tightens on journalist slim down. Says that you need to dress up like a cabbage: the more layers, the less chance to freeze. All a couple of sizes bigger to create an air cushion that will keep you warm. The last Bastion of protection, a windbreaker, and in the pocket of special fixture.

These warm insoles go into shoes. New technologies have to save in the cold. However, our ancestors and without chemical insoles survived. Andrei Pritchin – herder. Not one night in the middle of the tundra in the snow and believes that to protect from frost can only natural materials. Tells how one day in a snowstorm turned the sled, and from death it was rescued only kuhlyanka Chukchi traditional clothing of the peoples of the North of deerskin and fur.

Doctors distinguish 4 stages of frostbite. The first is the easiest. The skin first turns white, and after warming becomes reddish. After frostbite second degree blisters, but after the third or anemia occurs, the blisters causes blood. But the most terrible is the fourth degree. The withering away of the soft tissues, bone lesions and joints. The doctors assure that to determine the degree of danger with the move is impossible. Therefore, assistance is better left to professionals.

The person who has no medical training, on the street does not install from the degree of frostbite. And if it is second, third or fourth, you can apply additional mechanical injury. So grind on no occasion nor snow, nor alcohol, no oils, no fats and nothing else, warns PhD Bella Kalahanova.

Equipment in the cold, too, refuses to work. Dozens of videos online where the drivers unsuccessfully trying to start their cars.

But the main losses are by public transport. While the cold is on the offensive – Lasik is give up and stay in the parks. And only heroic women were able to make another frozen bus.

It is in the old saying – prepare sleighs in summer. Car preparation for the winter season starts immediately after the autumn rains. However, even the most reliable methods often do not give any guarantees. Therefore, the problem has to be solved as they arrive. But the first difficulty usually begin three hours after the engine will stall.

Alexander Kaminski – motorist experienced, teaches the courses of extreme driving, ready for extreme survival. Offers the following algorithm. If the car won’t start – check the battery. If dead – heat it in the socket. But engine trouble can be solved with perseverance.

It is recommended to let the battery warm. To turn on the high beam for a minute and a half. Next – remove the load. Turn off all appliances, turn off the radio. Start. And I recommend keeping one time a long time, up to 30 seconds. If my car 30 seconds later would not start, then you need to take some additional steps, says Kaminsky.

However, much more hacking in the Sakha Republic, where drivers have long been accustomed to the fact that nature is cold toward him. Here the cars are treated as alive. The engines are covered with a blanket.

Further – more. The blanket is carefully wrapped and the bottom. Close the grille to the ash pit. There’s even a special garage invented – soft and lightweight. And that Parking in Yakutsk. Europeans first thought is – have lunch here a trendy electric cars. But in Siberia you know another use for the sockets in each machine several heaters.
When the window is -30 in Moscow or, especially, -60 in Siberia – does not stand up and boiler. In the suburbs without heat in the cold left several areas and thousands of people living in them. But was freezing even those with battery worked.

We invited an expert to find out why a flat walk of the North wind. With a thermal imager and blower check the corners.

This problem is one of the most common. The builders made a mistake, the wall went a hairline fracture, and the cold made its way in the once cozy apartment. To cope with the disaster alone will not work – plugging the holes from the inside will only aggravate the situation, but the experts can give dispensation – and they will force the Builder to correct.

Minus 36 in Moscow – the historical record. In the Arkhangelsk and Komi minus 40. In Khanty-Mansiysk and Yamal – minus 60. On the cold thermometer is not enough. This week was an ordeal for the whole of Russia. Happy abnormal temperatures only children who have delayed vacations, and videoblogger who got the opportunity to remember the old school knowledge and experiences with the boiling water in the cold.

In recent years, in Central Russia we are unaccustomed to real Russian winter, more joked that global warming has reached our territories. Rejoiced, that we have become like in Europe, without the drudgery of snowdrifts and blizzards. But forecasters warn that too early to relax. To spring away. Winter, as you know, Russia is big.