Huge stones piled up the track in Ohio 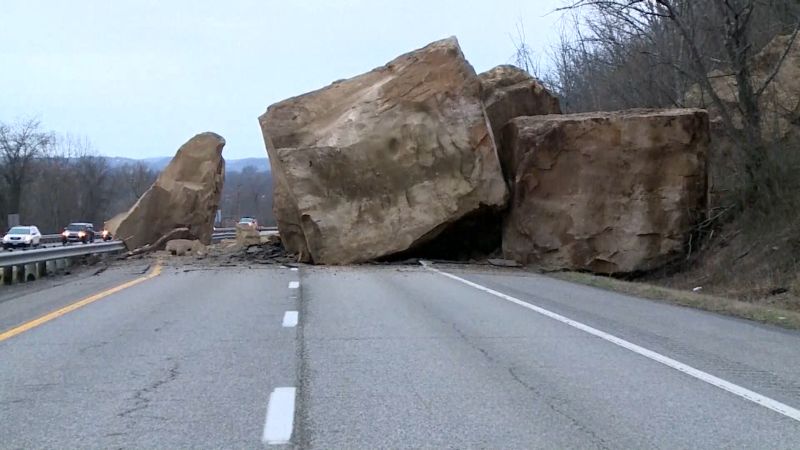 Several huge cobblestones hit the road in southern Ohio on Monday morning. This happened after a few days of heavy rains that caused a flood on the Ohio River.

The landslide occurred around 7:30 am local time near the town of Chesapeake, which is across the river from the border with West Virginia. All four-lane highway lanes were closed due to a landslide, and traffic was stopped on Monday morning. In the incident, neither people nor cars were injured.

The authorities arrived at the scene of the incident on Monday evening to determine the cause of the landslide. The road was closed for an indefinite time, since its clearing required heavy equipment. It is also unclear whether there will be rock falls.

“It will take a long indefinite period of time to open the track because of the size of the stones that need to be removed, after the road will have to be repaired, as it is damaged by cobblestones,” said Ohio State Road Police patrolman Mike Gore.

The town of Huntington in West Virginia, which is on the other side of the Ohio River, survived 10 rainy days out of the last 12. Downpours stopped on Sunday. On Saturday, more than 3.8 cm of rain fell.