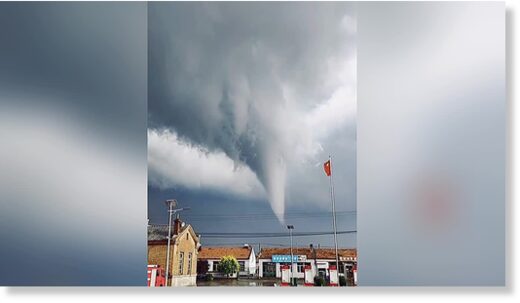 One person was injured in a massive tornado that hit a town in northern China.

Video taken in the city of Tongliao in Inner Mongolia shows a huge tornado sweeping over the city, lifting debris into the sky.

A woman was hit by the debris, but was not seriously injured.