Huge tsunami-like tidal waves destroy homes, force thousands of people from their homes and raise bodies from their graves in Ghana 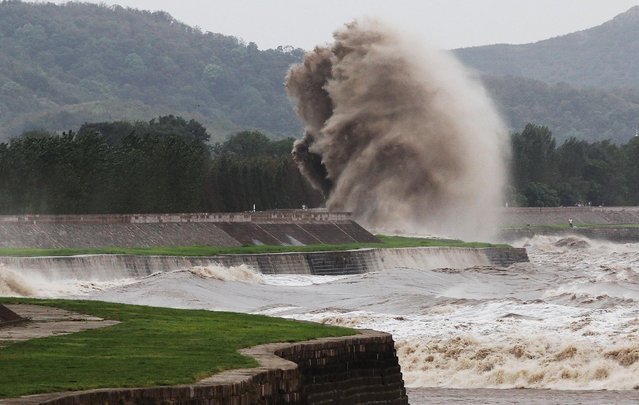 Thousands of people in Ghana’s Volta region have been left homeless after huge tidal waves hit their homes. Most of the victims, mostly children and women living in the municipality of Keta, lost their homes to the storm surge.

They have been homeless since Sunday as the tsunami destroyed schools and churches.

Many of the victims called the situation unbearable and demanded immediate government intervention.

“We have been left homeless and it has been bothering us for years, we need urgent government attention,” some residents said.

This is the third tidal wave this year, but it is the worst.

In some affected areas, tidal waves have pulled corpses from their graves. Community leaders were forced to rebury the exposed corpses to avoid contamination.

Ghana’s Minister of Construction and Housing, Francis Asenso-Boakye, said that the Ministry of Finance will allocate funds to build a second sea protection wall of more than 8 kilometers in the area.

Tidal waves are the largest ocean waves on our planet and are generated by the gravitational forces of the Earth, the Sun and the Moon.

The gravitational forces of the sun and (to a greater extent) the moon attract the oceans, causing them to surge on either side of the Earth (the side closest to the moon and the side farthest from the moon).

As the Earth rotates, the tides “come in” and “go out” (the Earth moves, but the water level remains in line with the moon, giving the impression that the tides are moving, while in fact the Earth is moving).