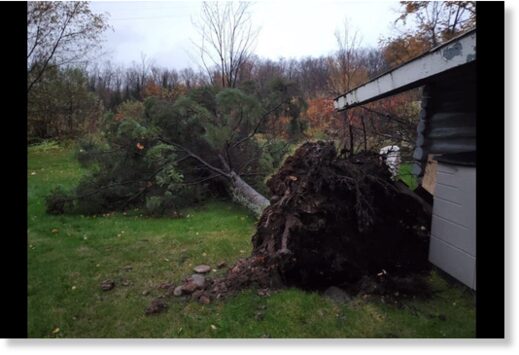 A huge water tornado has been seen at Lake Superior in Batchavan, Ontario.

“Looks crazy,” a male voice is heard on the video.

Environment Canada confirmed reports of waterspouts on Lake Superior at the time, according to local media reports.