Humanity originated from several tribes of the proto-people 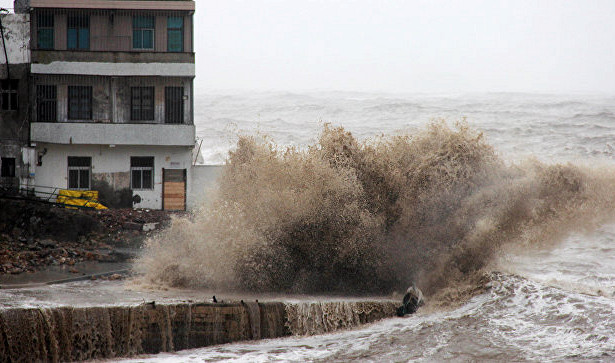 The super-typhoon “Maria”, which crashed to the east of China, violated transport communication and forced the authorities to evacuate about 390,000 local residents.

Super-typhoon “Maria” on Wednesday morning struck the coast of the Chinese provinces of Fujian and Zhejiang, located on the east coast of the country, bringing with them torrential rains and squally wind.

The Met Office of the PRC announced the highest “red” warning level for areas caught in the “Maria” impact zone.

In Fujian province, which was the first to be hit by the elements, the authorities demanded that all fishing vessels return to ports and do not go to sea until the weather conditions become normal. In the provincial center – the city of Fuzhou, the authorities closed all schools and factories in the coastal zone,

suspended ferry traffic between Xiamen and Taiwan. It is reported that more than 850 vessels returned to the port of Xiamen. The squally wind and rain also disturbed the railway communication. The province abolished the movement of more than 200 trains.

Authorities in Zhejiang Province by midday were forced to evacuate to safe places 390 thousand local residents, of which 270 thousand – from the city of Wenzhou. About 25 thousand boats returned to the ports.

The element led to the cancellation of 206 flights. According to weather forecasters, the typhoon “Maria” on Wednesday will gradually weaken as it moves deeper into the mainland in the north-west direction.