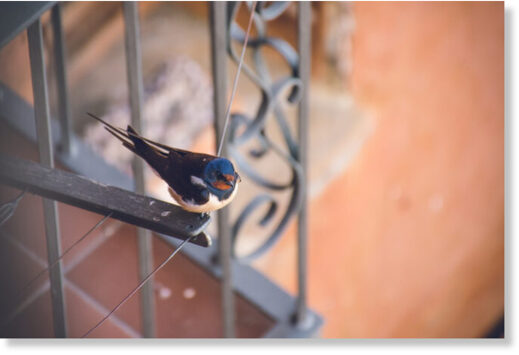 The inhabitants of Lot in the Middle Pyrenees, Occitania, report that many swallows suffer from cold and dampness and die of exhaustion after getting wet and freezing.

She explained that the deaths were likely caused by unpredictable weather conditions, when a “bitter cold” hit the region and a sudden heavy rainfall.

European swallows, also known as “barn swallows,” are small birds with a blue back, red throat, pale or white underparts, and a long tail. They feed on flying insects.

They usually migrate to Africa in September, but sometimes leave until October in warmer years. They return to Europe around April and breed in June. A healthy swallow can live up to 16 years.