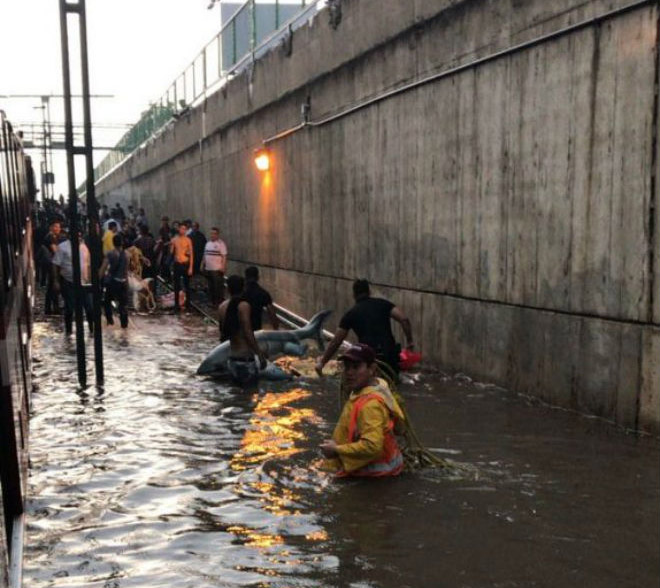 Heavy rains caused by the hurricane “Bad” caused a flood in the Mexican city of Guadalajara, the capital of the state of Jalisco.

In just a few hours on Sunday afternoon, 65 mm of rain fell on the city. Many streets turned into rivers, cars drowned in the water. People escaped from the train, trapped in an underground railway tunnel, where the water level rose to four meters, rescuers hurried to help them.

Underflooding also affected businesses and homes. There were no reports of the wounded.

The tropical storm “Bad”, formed in the eastern part of the Pacific Ocean, intensified on June 10 before the hurricane. On June 11, he was given the second category of capacity. As of 06:00 UTC of 11 June its center was located about 340 km south-west from the city of Manzanillo (Colima state) and about 465 km south of Cabo Corrientes (Jalisco) with maximum sustained winds of up to 165 km / h.