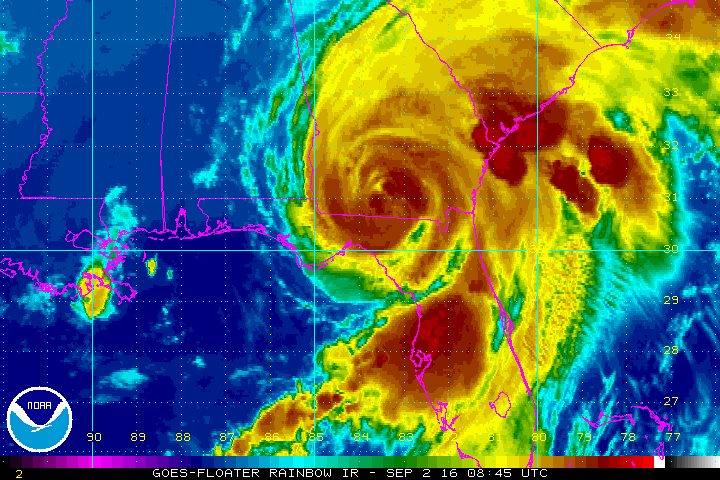 Tropical storm “Ermina” reached the force of a hurricane and brought heavy rains and powerful winds on the coast of the U.S. state of Florida. As a result of the disaster and the failures occurred in the supply of electricity, tens of thousands of families were forced to leave their homes.

“Ermina,” according to the forecasts of meteorologists, will bring about 51 cm of rain to some areas of the state.

The wind speed reached 130 km/h In some areas of Florida have already dropped 12 inches of rain. More than 70 thousand houses in the Tallahassee and more than 1 thousand houses along the coast were left without electricity. “Ermina” also brought with it a dangerous storm surge. Wave heights can reach 3.6 m

The national weather service on Friday issued a tornado warning in many areas across North Florida.

Governor of Florida Rick Scott declared a state of emergency in 51 of the 67 districts in the state. At least 20 of them were closed schools. In five districts of the North-Western part of Florida is a mandatory evacuation, in the three — voluntary. Across the state were opened 20 shelters.

The hurricane is located about 10 km South-East of the city San Marcos of the state of Florida. According to the forecasts of meteorologists, it will also pose a threat for tens of villages located along the Northern coast of the Atlantic ocean, which are home to tens of millions of people.

After the element will sweep through coastal areas of Florida, it is expected to weaken and continue its March through the Northern part of the country in the coastal areas of Georgia, and then shifted to the southern United States.

The governors of Georgia and North Carolina in connection with the arrival of the disaster on Thursday also declared a state of emergency.