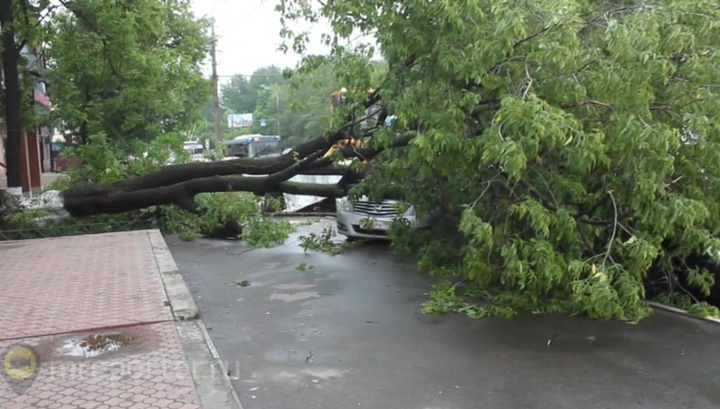 In several villages a strong wind ripped off the roofs and felled trees. Just a few minutes before the hurricane it became dark, as at night. And further – the destroyed sheds, the damaged cars, from a crop on sites it is not enough left.

According to the EMERCOM of Russia in the Lipetsk region, in the village of Kamyshevka roofing was damaged in ten private houses and on the building of the village administration, power lines were damaged.

The settlement is partially cut off from electricity. A low-pressure gas pipeline is damaged by a fallen tree. At the same time, there is no gas leakage, and works to restore gas and electricity are being conducted. The caused damage is established.

As of 7.30 pm, 2 departments of 20 PSH, OG Zadonsky PSG, the division of IDGC-Center – Lipetskenergo, Zadonsky Distribution Zone, 12 people, 4 units of equipment, units of the branch of OAO Gazprom Gas Distribution Lipetsk in Zadonsk , In the number of 4 people, 1 unit of equipment, representatives of the Kamyshevsky Village Soviet, and the administration of the Zadonsky District.