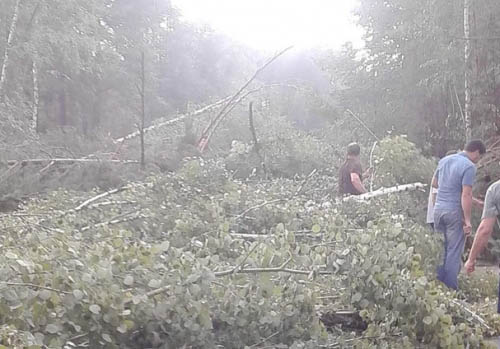 On the eve of the Omsk region, a strong hurricane swept through, because of which the traffic in the Muromtsevo district was paralyzed. In social networks Omsk reported that on the 224 km of the route Omsk – Muromtsevo directly to the road fell several trees, and the trip was blocked. 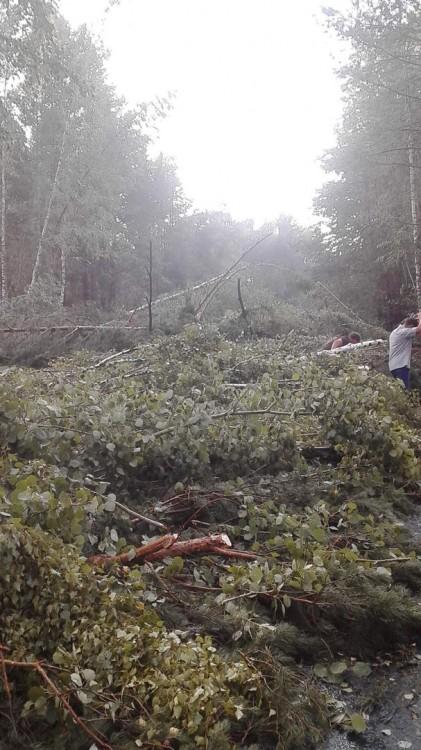 “Thank you and God bless the men who were nearby and raked these terrible obstructions. What was on this place before our arrival is scary and impossible to imagine, “- says Omskie Elena Ignatova. Note that in some areas there was a large hail with a strong wind.