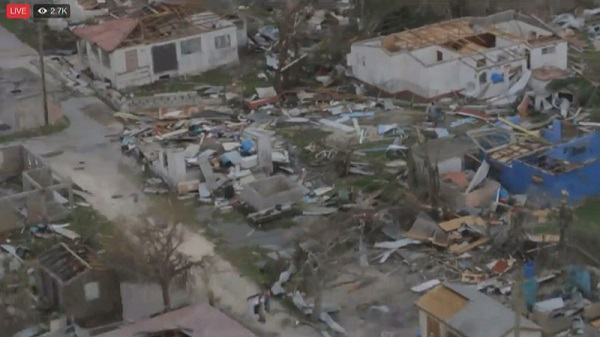 Antigua and Barbuda is the first country from the Caribbean island countries that took the blow of the most powerful hurricane of the 5th category “Irma”. The eye of the hurricane passed through the island of Barbuda yesterday early in the morning, about an hour before this connection with the island disappeared. For more than 10 hours it remained unclear what the extent of the destruction and the number of victims.

As soon as the weather got better, several military helicopters with Prime Minister Antigua and Barbuda on board flew to the island.

Along the island, as if one huge tornado was walking.

The island lacks drinking water, electricity, communications and the Internet. Most of the residents were left without a roof over their heads. One death is reported. At the moment, the issue of voluntary evacuation of the population is under consideration.