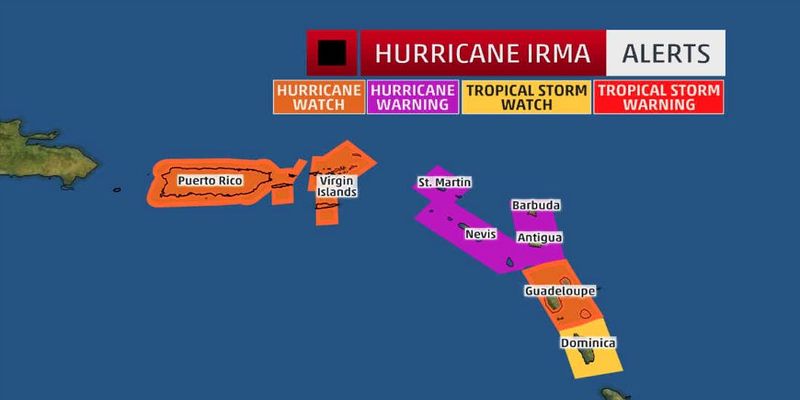 The maximum constant wind speed in the hurricane Irma in the Atlantic Ocean continues to increase and now amounts to 220 kilometers per hour, the National Center for the Prevention of Hurricanes (NHC) said.

It is noted that two hours ago the wind speed was 209 kilometers per hour.

“Irma” on Monday increased to a dangerous 4th category out of five possible. The hurricane, which originated in the central part of the Atlantic Ocean to the west of Cape Verde, is slowly moving towards the islands of the Caribbean.

The hurricane warning was published by the NHC for Antigua and Barbuda, Saint Kitts and Nevis, the British islands of Anguilla and Montserrat, the Netherlands-owned islands of Saba and Sint Eustatius, divided between France and the Netherlands by the island of Saint-Martin and the overseas territory of France Saint Barthélemy.

Also, the regime of emergency was announced on the US-owned island of Puerto Rico and in the densely populated state of Florida, where, under certain developments, Irma can reach.