Hurricane Laura death toll rises to 25 in the US 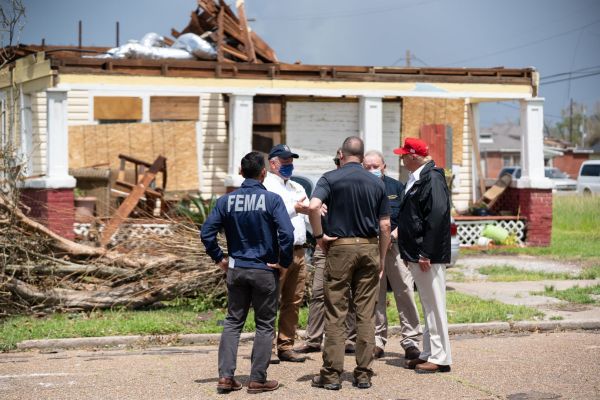 The death toll from Hurricane Laura in Louisiana and Texas increased from 16 to 25, NBC reported on Friday.

According to her, in Texas at least five people died from the consequences of the natural disaster. In Louisiana, this figure rose to 20 people. “The Louisiana Department of Health on Thursday confirmed two additional deaths associated with Hurricane Laura. The total number of victims has reached 20,” the department said.

On the night of August 27, cyclone Laura, considered at that time a category 4 hurricane out of five possible on the Saffir-Simpson scale, reached the coast of Louisiana and Texas. In these areas, stormy weather was established, floods occurred. Hurricane Laura later weakened to a tropical storm and then to a cyclone.

The hurricane season typically lasts six months in the Atlantic, from early June to late November. An atmospheric phenomenon is classified as a tropical storm and gets its name if the wind speed within it reaches about 17.5 m / s. When the wind speed is 33 m / s or more, the storm becomes a hurricane.