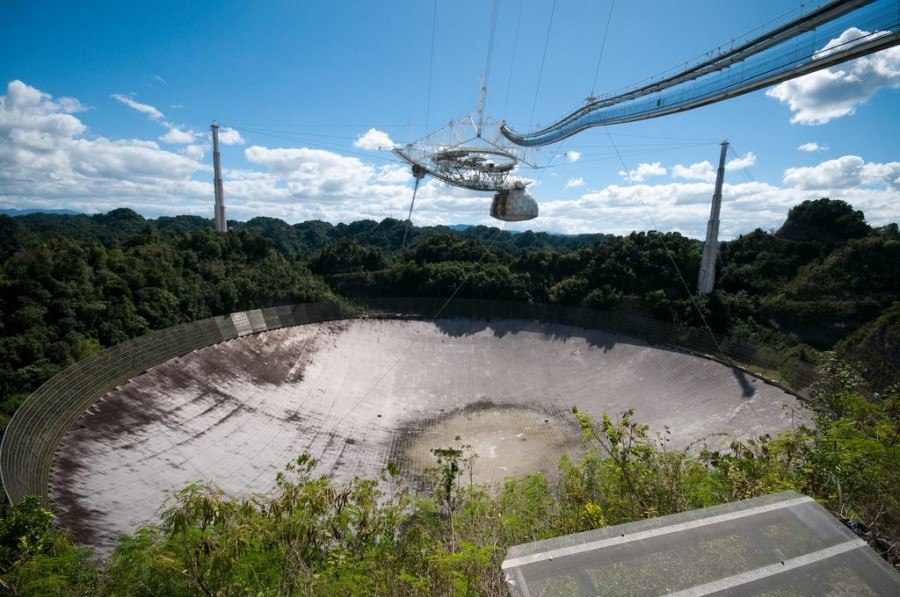 Hurricane “Maria” broke in half the 29-meter radar antenna of the radio telescope “Arecibo”, its fragments broke through the main mirror of the telescope, and an auxiliary one also suffered from the hurricane. This is reported on the website of the University Association of Space Research.

On September 21, the observatory staff began to evaluate the damage caused by the hurricane. It was planned to resume the telescope operation in the absence of significant damage by September 29, while there are still no new terms for the resumption of research on information.