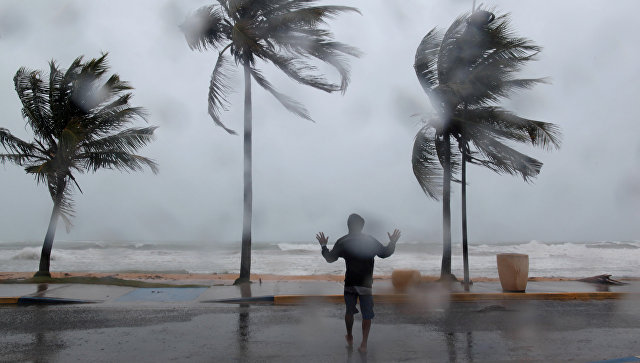 The island of Puerto Rico is completely de-energized because of hurricane “Maria”, the head of emergency services of the island Abner Gomes reported on a television news conference.

“100% of the island now without electricity,” said Gomez. At the same time, he said that the situation with possible destruction has not yet been evaluated. “The information we received does not inspire optimism, this storm destroyed everything in its path,” he added.

Puerto Rico, with a population of more than 3 million people, has the status of a state freely associated with the United States.

Earlier, the US National Center for the Prevention of Hurricanes reported that the hurricane “Maria” weakened to the third category. The day before, the strength of the hurricane was estimated at the maximum of 5 points out of 5 possible.

The hurricane moves to the shores of the Dominican Republic.

At the same time, Maria is dangerous and can cause destruction and flooding. The constant wind speed in the hurricane is 185 kilometers per hour.