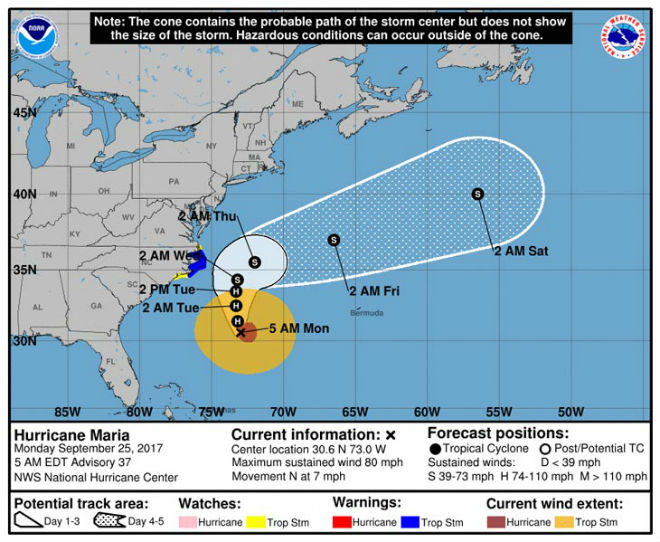 Hurricane “Maria”, which left serious damage to the Caribbean islands, weakened to the first category, according to the US National Center for Hurricane Tracking.

At present, the element is several hundred kilometers southeast of Cape Hatteras in North Carolina. The maximum wind speed reaches 136 km / h. The hurricane is not expected to land, but a storm warning has been announced in the coastal areas of North Carolina.

As previously reported, the hurricane seriously affected Dominica, Guadeloupe and Puerto Rico. More than 30 people became victims of the disaster.