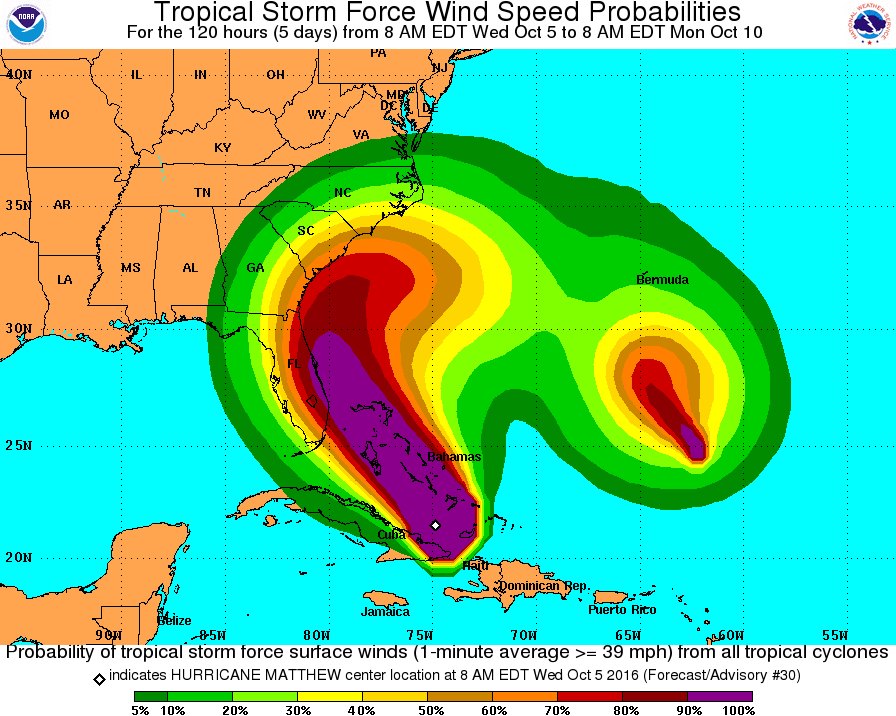 This hurricane was the most powerful in the Atlantic since 2007. The UN said that Haiti — the poorest country in the Western hemisphere — implications Matthew may be the most severe since the devastating earthquake in that country in 2010.

The number of victims of hurricane Matthew in the Caribbean rose to 27. Most — 21 — from Haiti, four from the Dominican Republic, one person was killed in Columbia and in St. Vincent and the Grenadines.

Because of the disaster the authorities have already postponed the General elections that were scheduled for Sunday. Matthew touched upon the Eastern coast of Cuba, where they were evacuated over a million people. Now the hurricane weakened to the third category of danger and moving toward the Bahamas.

According to specialists, it will pass and in close proximity to American shores Florida — there and in South Carolina there is a mass evacuation. Authorities urged more than half a million Americans to leave the coastal areas. On the highway, leading from the ocean, formed many kilometers of traffic jams.