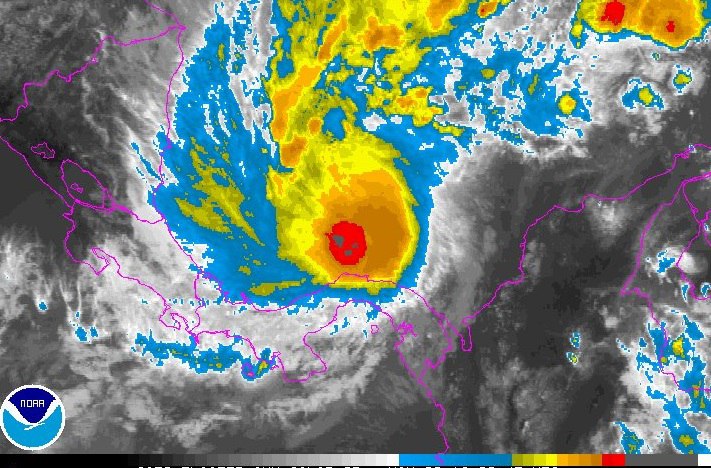 Tropical cyclone Otto, raging in the South-West of the Caribbean sea and Panama, reached hurricane strength category 1. The wind speed in the epicenter is 121 km/h with gusts to 145 km/h. the Hurricane is moving West towards Nicaragua and Costa Rica.

Tropical storm Otto has claimed the lives of at least seven people in Panama, said Tuesday the national system of civil defence of the Central American country. It is noted that among the victims were at least three minors, including child 1.5 years old, nine year old boy and 14-year-old. According to the authorities, one child died because of falling on car tree. Panamanian President Juan Carlos Varela announced Tuesday the introduction of the red alert level in the coastal areas in the rest of the country remains yellow danger level.Authorities ordered the cessation of classes in schools throughout the country and the navigation of the ship in coastal waters.

The government of Costa Rica in connection with the approach of tropical storm Otto ordered to evacuate from coastal areas, about 4 million inhabitants. We call on the people to cooperate. We don’t want to leave citizens in high-risk areas, then to mourn the lives we could save, — said President Luis Guillermo Solis, quoted by the Agency EFE. The evacuation will be conducted in Northern areas of the country, many of which are difficult to access. It is reported that about 4 thousand people will soon be evacuated by air and on water.