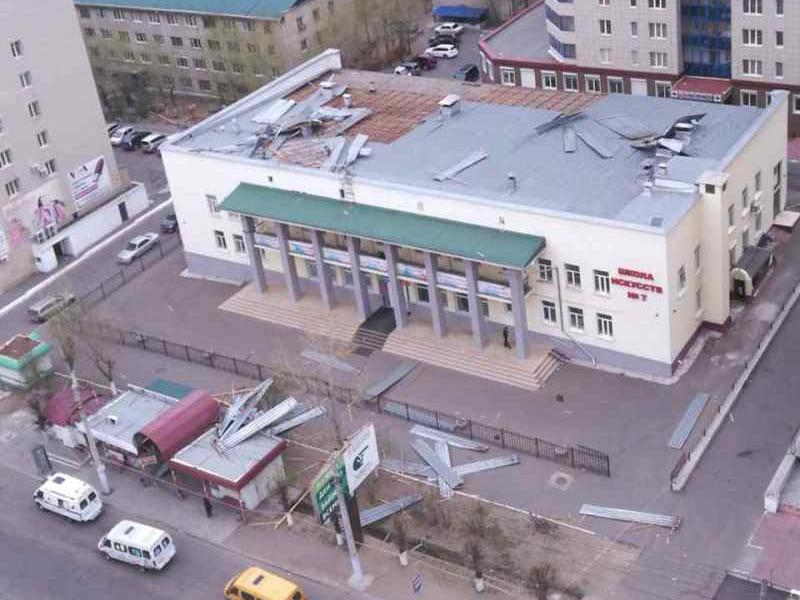 A storm warning due to a strong wind with gusts up to 30 meters per second is announced in Transbaikalia. Schools in Chita canceled classes on the second shift, the city’s education committee said.

“After the training of the first shift students, the heads of schools must ensure safe and controlled access of children from the premises and territories, and the classes are also canceled in the institutions of additional education subordinate to the culture committee of the city administration,” the committee press service said. 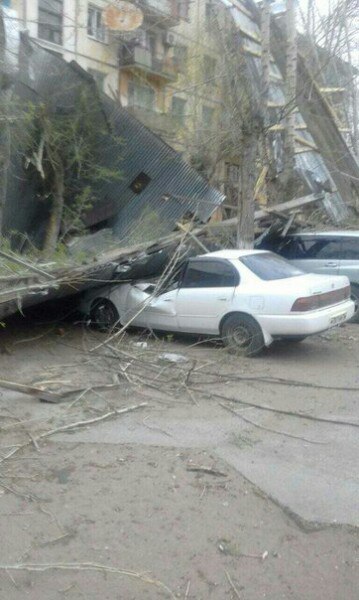 Tatyana Belokopytova, spokeswoman for the Health Ministry of the Trans-Baikal Territory, told journalists that the wind blew a roof off the Oreshki children’s center in the city center, a woman was injured, she was taken to the hospital.
The roof of the apartment house was torn by gusts of wind on May 11 in Borza. As a result, there were parked cars under the rubble.