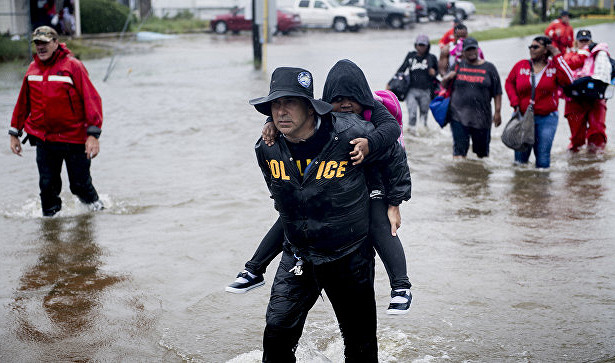 Hurricanes in the Atlantic and the Pacific Ocean have become noticeably more dangerous to humans and nature in recent years, because global warming has dramatically reduced the speed of their movement, according to an article published in the journal Nature.

“The main conclusion of our work is that the speed of movement of tropical cyclones over water and land has decreased by 20% in the Atlantic, 30% in the northwest of the Pacific and 19% off the coast of Australia, which has resulted in increased precipitation and more extreme floods “All this is deadly to humans,” said James Kossin of the NOAA Weather and Climate Center in Madison, USA.

In the past two years, the shores of North America have been constantly bombarded by powerful hurricanes, causing huge economic damage to the coastal cities and villages of America and causing great problems for populations of some rare animals, such as monarch butterflies.

Only in August and September of last year in the Atlantic there were four powerful hurricanes of the fourth and fifth hazard categories, Harvey, Irma, José and Maria, who left the island of Puerto Rico without electricity and created a potentially catastrophic situation on the Atlantic coast of the USA and Mexico.