Ice sheet in the West Antarctic is cracked from the inside 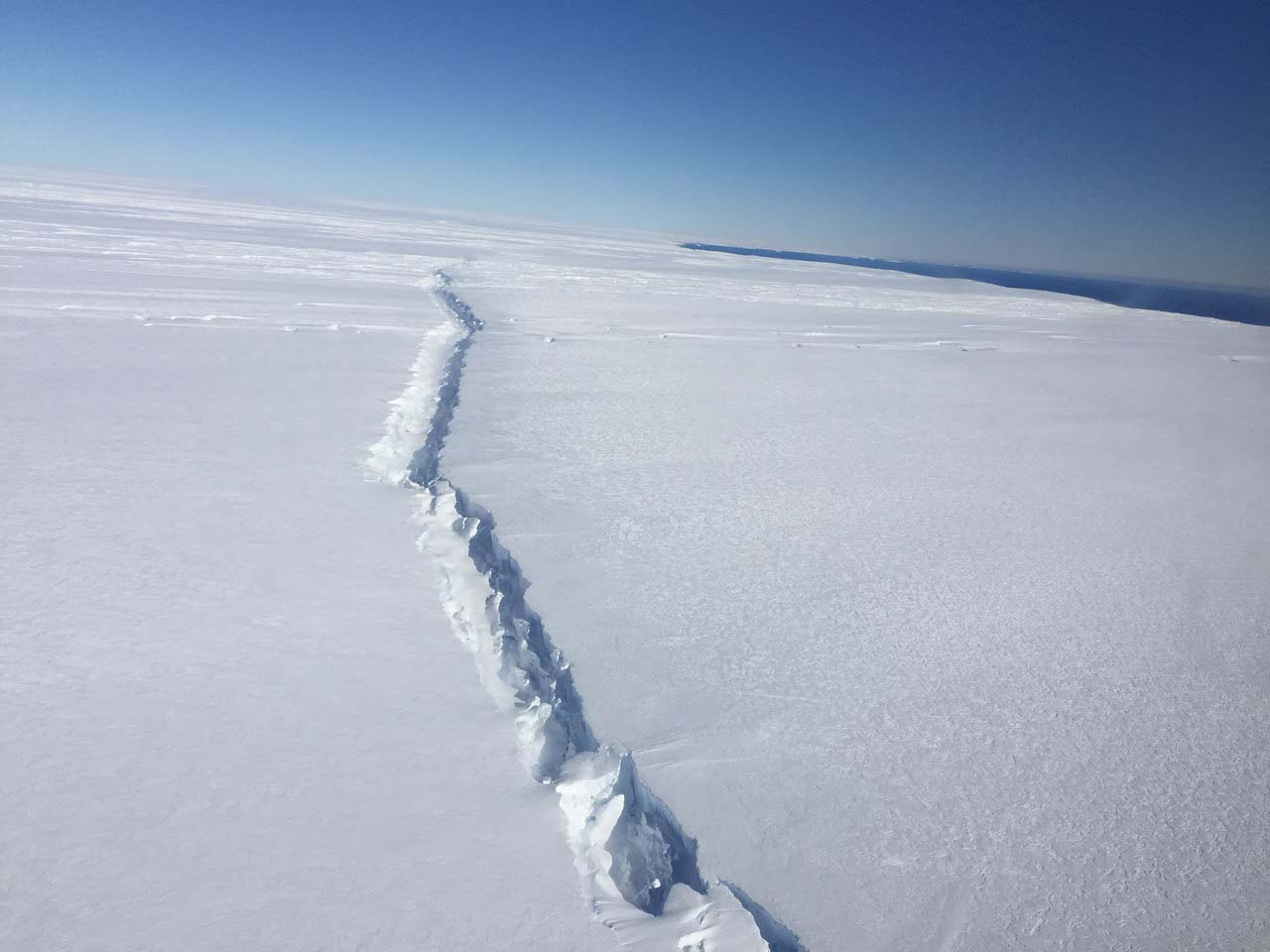 Ice sheet in the West Antarctic is cracked from the inside, which might explain why they constantly break off large icebergs and why he was so quickly destroyed.

Today no one doubts that the Western ice sheet of Antarctica melts, the question is when this will happen. The formation of such fissures and fractures causes the glacier to retreat from record-high pace, and adds a chance that the current generation of people will witness the complete collapse of this ice sheet, said Ian Howat (Ian Howat) from the Ohio state University (USA).

Howat and his colleagues came to this conclusion after analyzing satellite images, obtained during one of the recent disasters in Antarctica – chipping giant iceberg with an area of 582 square kilometres from the Western ice sheet at the end of July 2015.

Pictures of the surface obtained by the Sentinel probes, and thermal maps of the glacier, collected by the probe Landsat 8, has led scientists to suspect that the formation of this giant iceberg was to blame for some of the underlying processes occurring at the foot of the ice array.

To test this theory, climatologists have studied the pictures taken by these satellites in 2-3 years before the crash and photos over the past year, and also made several expeditions to the Western part of the Antarctic, where, in their assumptions, was the cause of the formation of this iceberg.

As noted by climate scientists, this quest has helped them a simple trick, often used by professional photographers – they studied and analyzed only those images that satellites received at sunset and sunrise when the Sun is near the horizon, and its rays fall at a large angle to the surface of Antarctica. 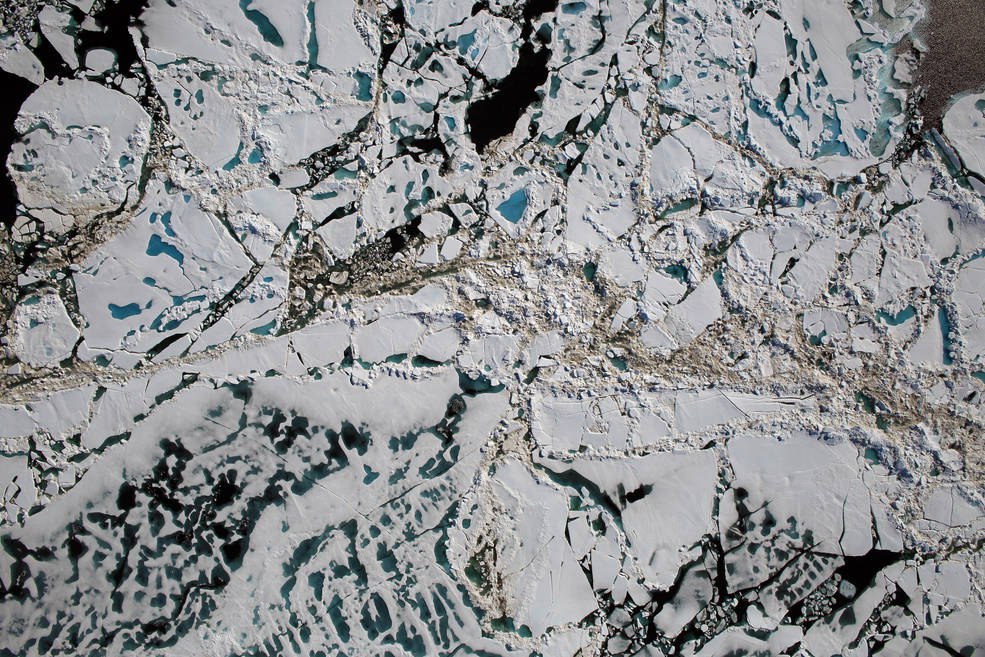 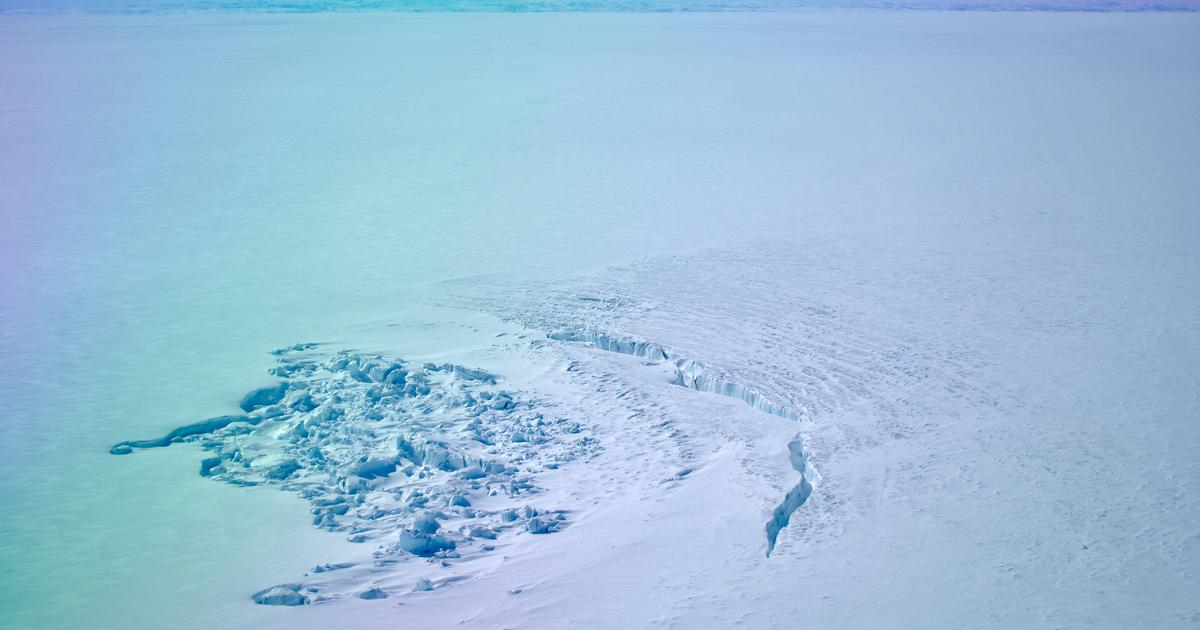 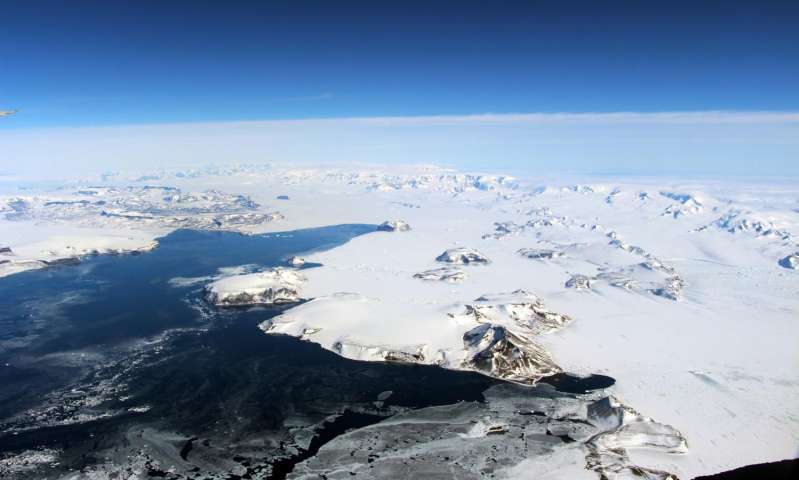 This allowed the scientists to achieve maximum image contrast and find the cause of the formation of mega-iceberg – two giant cracks in the Western ice shield, leaving the greater depth inside the thick ice in the Central part of the ice array. Both of the fault, as shown by further analysis of the data emerged two or three years ago in that part of the glacier, which is located at the border between water, land and ice, at the base of the Western ice sheet.

Originating in late 2013 and 2014, both these cracks grew rapidly, each year increasing in length by about 14 miles, and expanding its width of approximately 110 meters. The reason for the birth of this crack, as scientists believe, is to increase the temperature of the sea water which constantly bathe the lower part of the glacier.

A similar process as you think Howat and his colleagues, led to the formation of peculiar cavities in the part of the glacier, where they were born these cracks, and eventually, that void has forced the glacier to literally fall in on itself, creating a giant crack. Similar processes, as found by Howat and his colleagues in the past year, and also accelerate the melting of Greenland’s glaciers.

Most disturbing of all was that such valleys exist in other parts of the ice area, located even further towards the land. If the ice in them will be weakened, and cracks appear, then the rate of destruction of the glaciers of Antarctica and their escape into the ocean faster, — concludes the scientist.