Ice towers of the Indian engineer save the earth from drought 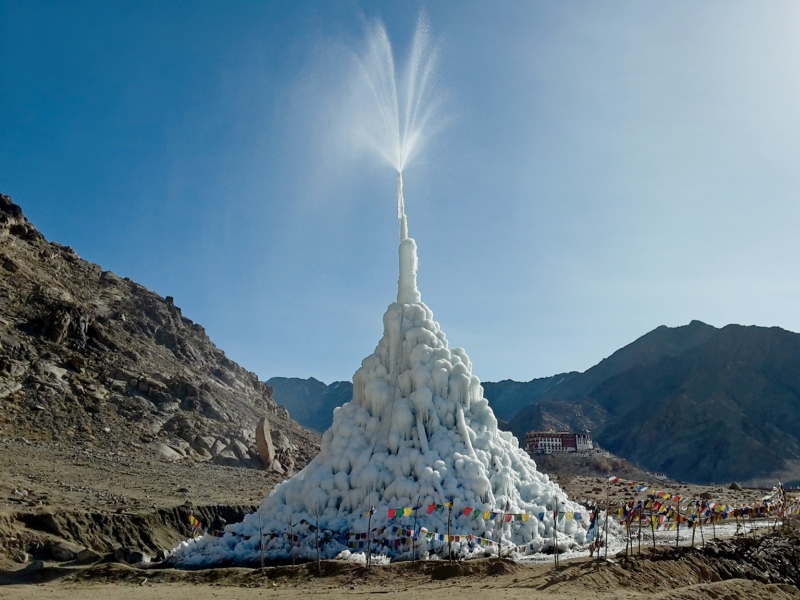 Climate change affects the glaciers of the Himalayas – they “grow thin”. As a consequence, the spring melting of ice in recent years was delayed in time and was not so intense. Melt water, such a necessary in the season for irrigation of fields and watering of the gardens, came only in June.

The engineer Sonam Vangchuk came to the aid of the inhabitants of the Himalayas, and specifically the Indian region of Ladakh. 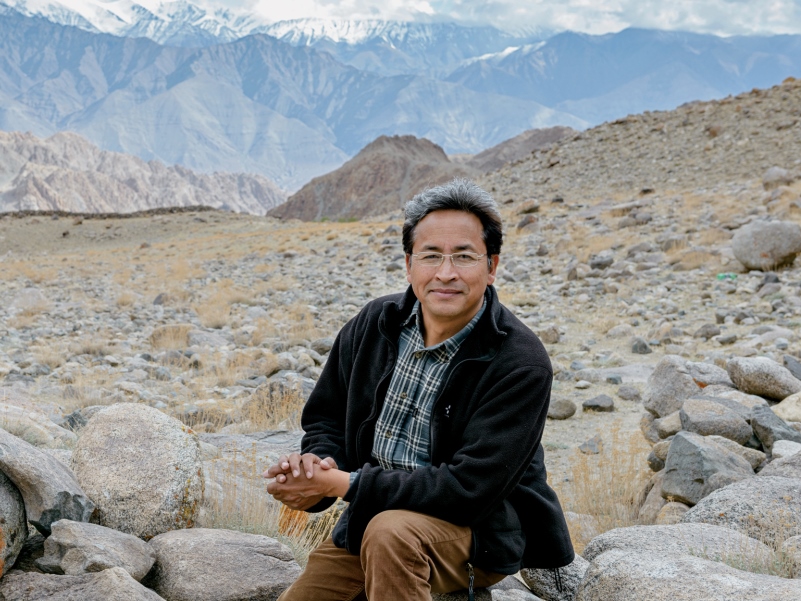 He previously worked on the construction of houses on solar panels and perfected wood-burning stoves, but now he invented how to deliver water on the fields in time. The essence of the invention was to lay a siphon pipeline from a mountain river to one of the villages. Water, rushing along a vertical pipe, froze at the outlet under strong pressure. As a result, an ice tower with a height of 20 m was formed, resembling a stupa (a Buddhist sanctuary). As expected, in April the “stupa” began to melt, irrigating the field. By June, the ice tower had melted, but by that time the melting of the glacier had arrived.

Now the engineer is laying pipelines for another 50 towers, each of which will annually provide 10 million liters of water over an area of ​​about 10 hectares of field, reports National Geographic. In addition, the first ice tower in the Swiss Alps has already been built, and in India, by means of siphon pipelines, it is planned to control the level of glacial lakes in order to prevent floods.

Last year Vangchuk initiated the creation of the Pangimalan research university, which will solve the environmental problems of the region. The engineer believes that they will have time to teach local residents to adapt to the coming changes, and thus their children will escape the fate of climate refugees.