Iceberg in the Antarctic can affect the stability of the glacier 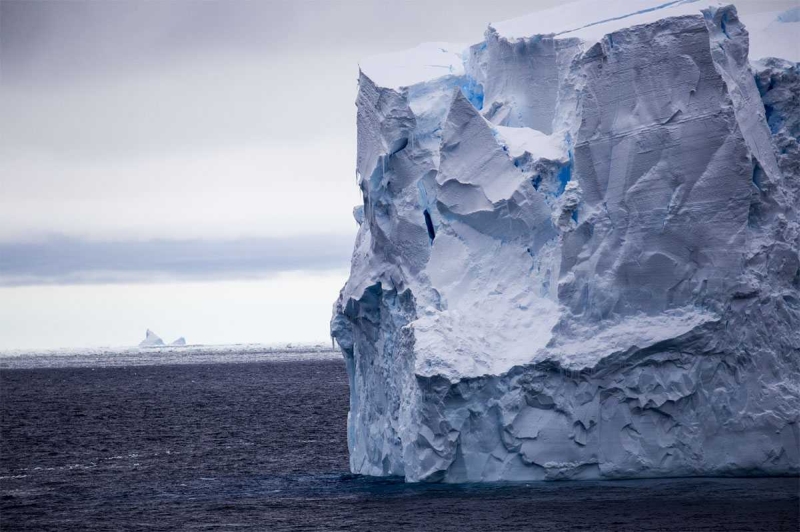 In mid-July, 2017, scientists announced: an iceberg with an area of ​​about 5800 km2 broke away from the Larsen C Antarctic glacier. The object was called A68. This is one of the largest icebergs in the history of observations.

Scientists from the University of Leeds and the British Antarctic Survey prepared an overview of the current state of the iceberg and predicted further changes in the Antarctic landscape. In preparing the work, the researchers used the satellite data Sentinel-1.

For three weeks, the iceberg had noticeably retired from the main glacier. In the pictures you can see the gap between the glacier and the iceberg, reaching five kilometers. When the A68 separated from the ice massif, 11 smaller icebergs were formed, the largest of which reaches 13 km in length. One of the authors of the work, Anna Hogg from the University of Leeds, comments: “Satellite images show that many of the processes of changing the Larsen C ice shelf continue. We see that the remaining cracks extend towards the ice ridge of the Bawden Ice Rise, which provides structural support for the remainder of the glacier. ” 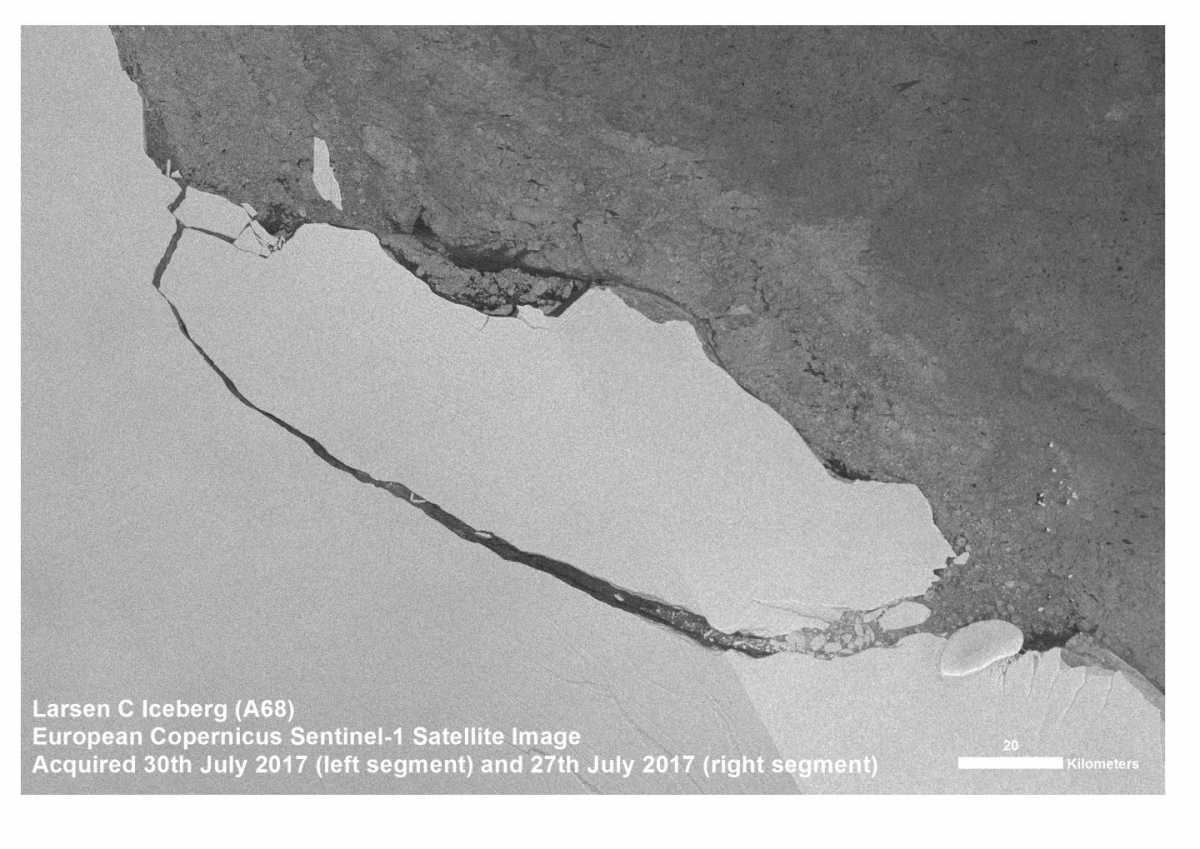 Satellite image of the iceberg, A. FLEMING, BRITISH ANTARCTIC SURVEY

The structure, called the Bawden Ice Rise, is a domed elevation that stands out on the flat surface of the glacier. According to Anna Hogg, the separation of a large iceberg can lead to a weakening of the contact between the glacier and the rise of the seabed. Such an event is capable of destabilizing the glacier and accelerating its destruction. At the same time, according to the researchers, crushing ice shelves only slightly affects the rise in sea level.

Scientists believe that the separation of a giant iceberg is not necessarily related to global warming. It is more likely that it is part of a natural growth cycle and a reduction in the area of ​​the ice shelf. In any case, the appearance of such a large iceberg will allow to trace a lot of changes in the landscape.