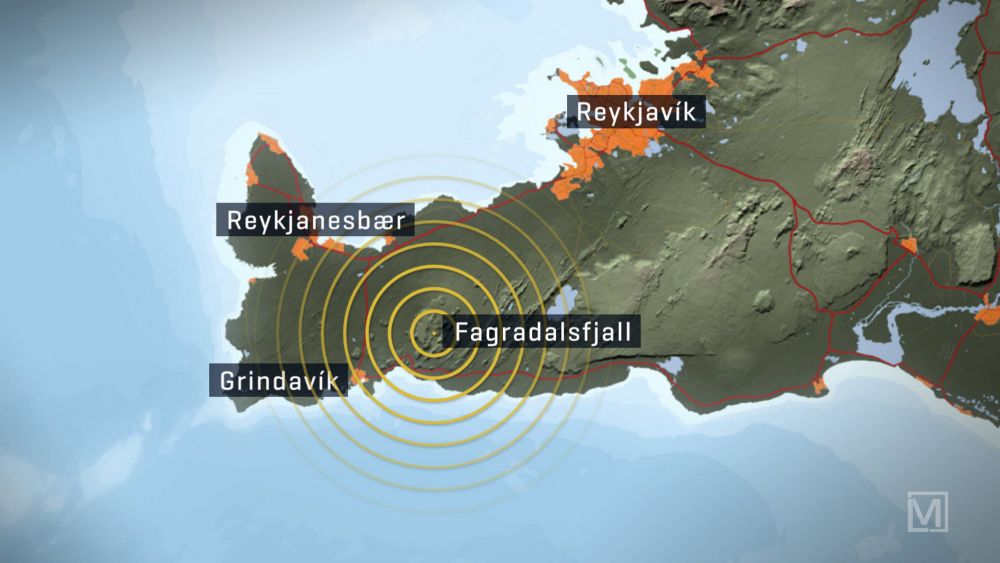 A magnitude 5.0 earthquake rocked Iceland tonight. At 00:42 a strong earthquake hit the Reykjanes Peninsula. It was felt in many parts of Sugurnes, in the metropolitan area and in the southwestern corner of the country.

Its source was located at a depth of more than 6.6 km, about a kilometer east-southeast of Fagradalsfjall. Three other earthquakes 3.0, 3.1 and 3.3 occurred at night, the first shortly before half past one, and the other two and seven minutes later.

Thus, seismic activity increased again after a slight decrease in the last hour before midnight.

Significant seismic activity was observed in the area until about 11 pm Saturday, and 24 magnitude 3 and higher earthquakes were recorded yesterday from midnight to midnight. 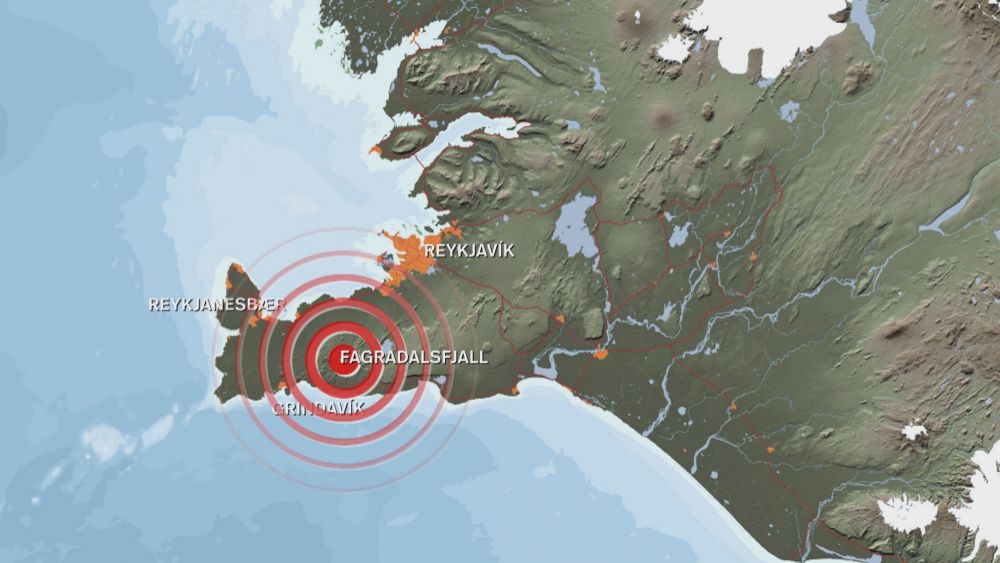 Seismic activity during the night and over the past 24 hours has been almost entirely confined to Fagradalsfjall and its immediate surroundings.

Representatives of the Civil Protection Office of the National Police Commissioner, the Meteorological Office, the police in Sugurnes and Grindavik gathered for an emergency meeting at half past three due to the earthquake that struck at night.

The Civil Defense Service said several earthquakes ranging from magnitude 3 to 5 have occurred in the area from Fagradalsfjall to Mount Torbjørn at the foot of Grindvik, and therefore people in the city are understandably worried. 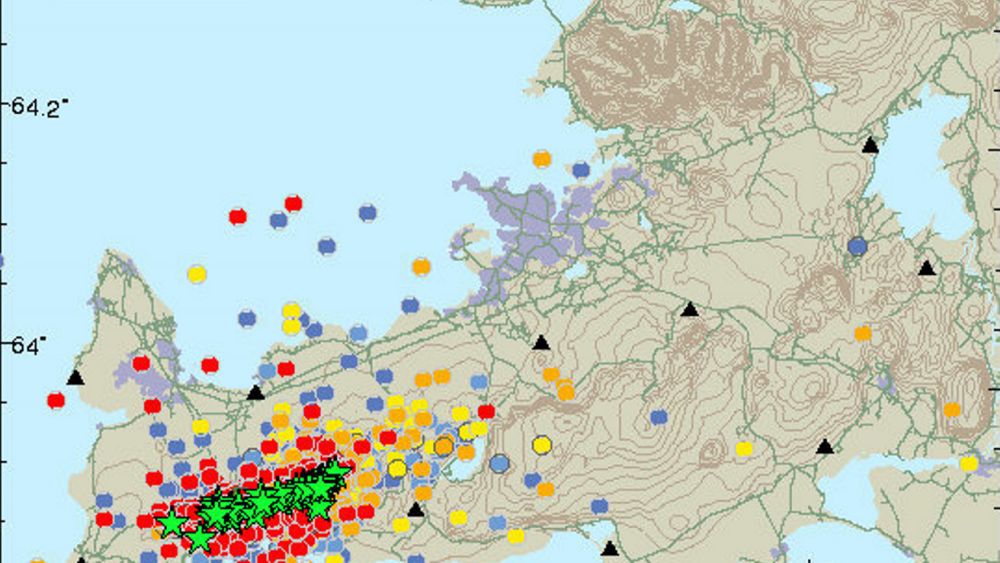 It is argued that earthquakes are most likely “the result of stress changes in the earth’s crust, not magma displacement. Therefore, they are not considered to be a short-term sign of an eruption. ”

Iceland froze in anticipation, the question is not whether the volcano will erupt or not, the only question is when it will happen.