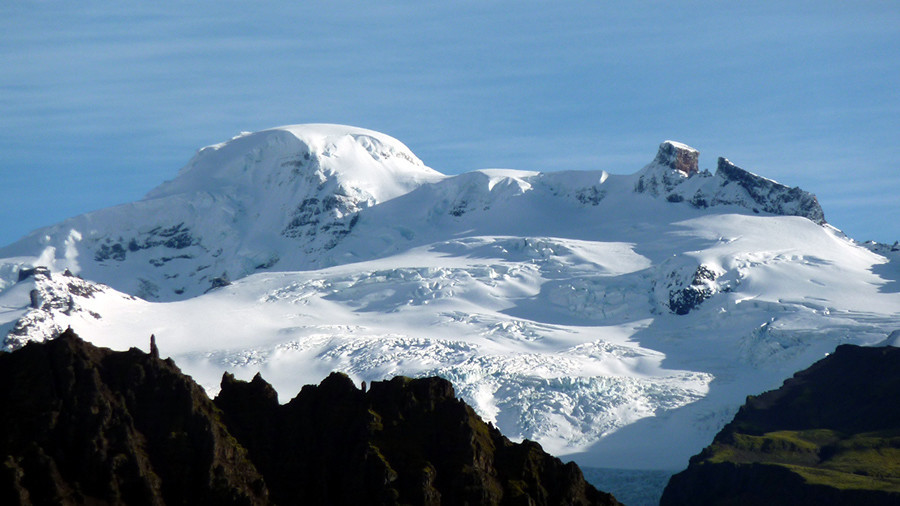 The Oraefajokull volcano began to show signs of activity in Iceland and the authorities are urgently developing evacuation plans in case it explodes. According to volcanologists this will be one of the largest eruptions in the history of the country.

Oraefajokull is an ice-covered volcano in the south-eastern part of Iceland. It is the largest active volcano on the island, on its north-western edge is the highest point of the country – the peak of Hwannadalshnukur. Geographically belongs to the largest Icelandic glacier Vatnayöküld. The volcano is in its south-western part, which is located in the national park Skaftafedl.

In history two eruptions of the volcano Eravaijokudl are recorded. In 1362 an explosive volcanic eruption erupted huge volumes of tephra. The district of Litla-Hérað was destroyed by floods and covered with ashes, after which it remained in desolation for more than 40 years. The second eruption lasted from August 1727 to May 1728 and was not so strong. The floods caused the death of three people.

The Icelandic Meteorological Office and the Civil Protection Agency, after studying the satellite images of the volcano, found that the ice in the crater of the volcano had failed and geothermal springs had appeared. The smell of sulfur has spread to many kilometers around the volcano. All this can say that the volcano is preparing to erupt.