Iceland: One month since the start of an unusual eruption 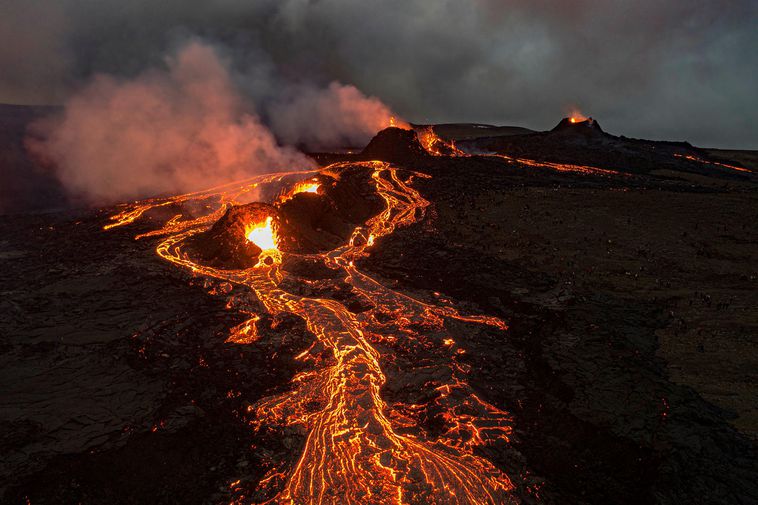 A month has passed since the eruption began in the Geldingadalir Valley on Mount Fagradalsfjall in southwestern Iceland. New cracks and new lava flows appear. The authorities are preparing to use the technology to build dams to protect settlements from lava.

“The eruption is just part of a much longer course of events that likely began in December 2019,” says Morgunbladich, geophysicist Pall Einarsson, Ph.D. and professor emeritus.

“Part of this course of events is a recurring series of earthquakes and magma intrusions at several locations along the tectonic plate boundaries on the Reykjanes Peninsula,” he adds, stressing that the course of events began long before the eruption began. Thus, the eruption is the last part of it.

He states that a lot has been learned from the eruption. “This is the first time we’ve seen an eruption of this kind at the edge of the plate.” The main difference is how small it is and how slowly it develops.

“It started so slowly that no one even noticed him right away, despite the fact that he was very close to settlements. And most of the other eruptions at plate boundaries began with an explosion and a lot of activity, which subsequently quickly decreased. ”

The eruption in Fagradalsfjall shows no signs of abating and continues unswervingly. On Saturday afternoon, another hole opened next to the previous cracks.