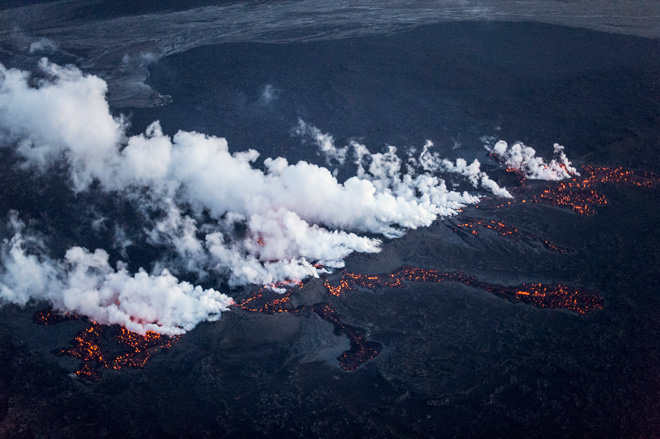 Moderate seismic unrest continues at the volcano Babadounga. Swarm of earthquakes has occurred yesterday under the Northern Caldera of the volcano.

Earthquakes were located at depths from 1 to 20 km, the strongest event there was a push a magnitude of 4 at 16:15 local time. These underground disasters may reflect the intrusion of magma.

Recall that in 2014, within six months of eruption of the Bárðarbunga volcano in Iceland threw out a lava area with Manhattan. Studies have proven that the volcano released three times more toxic gas than all anthropogenic sources in Europe combined. The eruption began in August 2014 and lasted until February 2015.