Iceland’s Katla volcano was rocked by an earthquake of magnitude 4.6 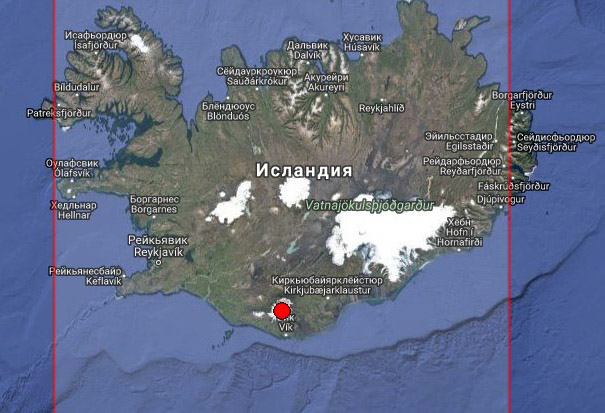 An earthquake of magnitude 4.6 occurred in the South of Iceland, under a glacier, Myrdalsjokull, in the Caldera of Katla volcano. The focus lies at a depth of 10 kilometers. The epicenter was 147 km from the capital Reykjavik.

A series of strong earthquakes was recorded on the night of 29 August. The earthquake was preceded by two smaller magnitude 3.0 and 3.1, occurred several minutes earlier. 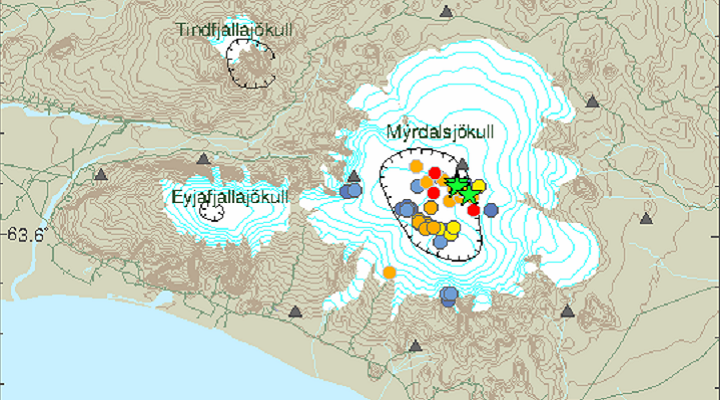 The reason that caused the increased seismicity at the moment not installed. The alarm status katla volcano remains at “green” level. It is possible that the tremors associated with the melting of glaciers, which led to the growth of seismicity in Iceland. 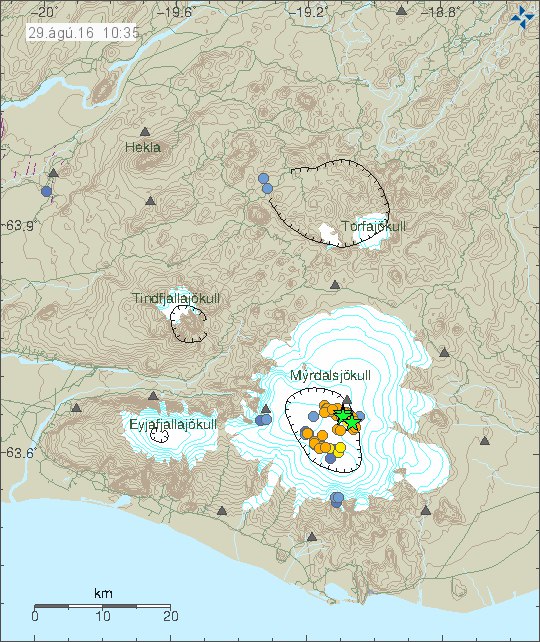 The Katla volcano is considered one of the most dangerous of Icelandic volcanoes.