Idaho has more than 170 earthquakes 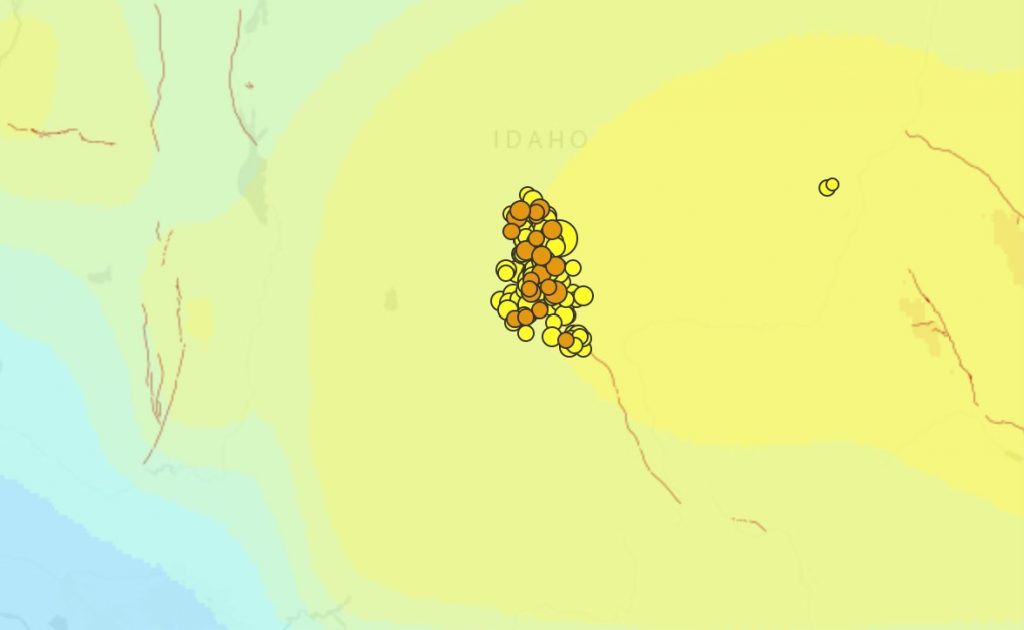 The quake swarm continues in Idaho with over 170 tremors since the M6 ​​earthquake. 5 on March 31. There is a possibility of a powerful earthquake along the Soutut Fault.

Idaho was recently hit by a strong and shallow M6 earthquake. 5 (March 31, 2020) near the Soutut Fault, located at the Eastern base of the Soutut Mountains.

In the Idaho region, an earthquake of approximately this magnitude occurs every 30-40 years.

The most recent of these, an earthquake of magnitude 7.0 near Bora Peak in 1983, killed two children in Callis and caused property damage worth about $ 12.5 million throughout Callis and Mackay.

Idaho is part of the basin and ridge of the tectonic area. Everything west of Wasatch Mtns is slowly stretching, part of North America is hitting the Pacific plate.

The two largest historical earthquakes in the continental United States occurred in Idaho or a few miles from the state border in 1983 — the Bora Peak Earthquake (M6.9) and the 1959 earthquake on Hebgen Lake (M7.3).

In 2010, geologists discovered that a 64 km Soutut Fault extends near Stanley, Idaho and Redfish Lake. Activity on this fault line could cause an earthquake of magnitude up to M7.5.