Immediately four violent storms are moving toward the US 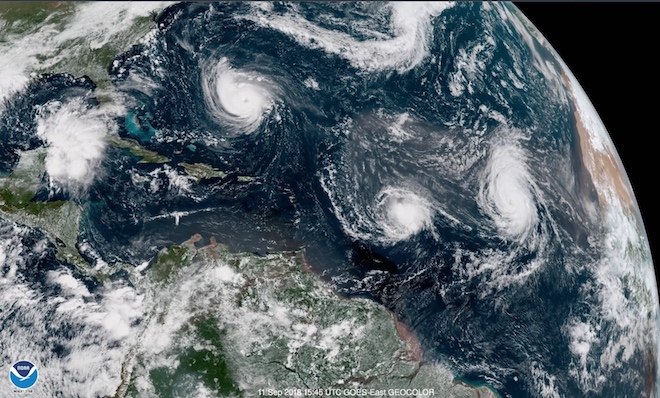 As the three strong storms march one by one across the Atlantic to the East Coast of the United States and the Caribbean, the fourth is preparing to pass through the Hawaiian Islands. Meanwhile, GOES NOAA meteorological satellites represent spectacular views of weather systems.

The GOES-East meteorological satellite, which constantly follows the US East Coast and the Atlantic, took pictures of Hurricane Florence, the tropical storm Isaac and Hurricane Helen, approaching the Americas.

Hurricane 4-th category “Florence” is approaching the coast of North and South Carolina, it is projected that it will reach the land on September 14. On the right side is Helen, the second-class hurricane, which is likely to hit the Atlantic, but, according to the latest data from the National Hurricane Center (NHC, NOAA), it will not go to the coast.

About halfway between Hurricane Florence and Hurricane Helen is a small but dangerous tropical storm, Isaac, whose status was lowered on 11 September. The NHC said that “Isaac” will be held nearby or above the center of the Lesser Antilles, on Thursday evening it will move to the eastern part of the Caribbean Sea, and by the weekend – to the center of the Caribbean Sea.

Check out all the lightning activity in #HurricaneFlorence, Tropical Storm #Isaac and Hurricane #Helene, seen from the #GOESEast Geostationary Lightning Mapper this morning. pic.twitter.com/OuKhwjzbU3

Meanwhile, far from this parade of hurricanes, the tropical storm “Olivia” alone approaches the eastern part of the Hawaiian Islands. Hurricane 4-th category, “Olivia” spent about a week in the Pacific, without leaving land, before weakened to a tropical storm. 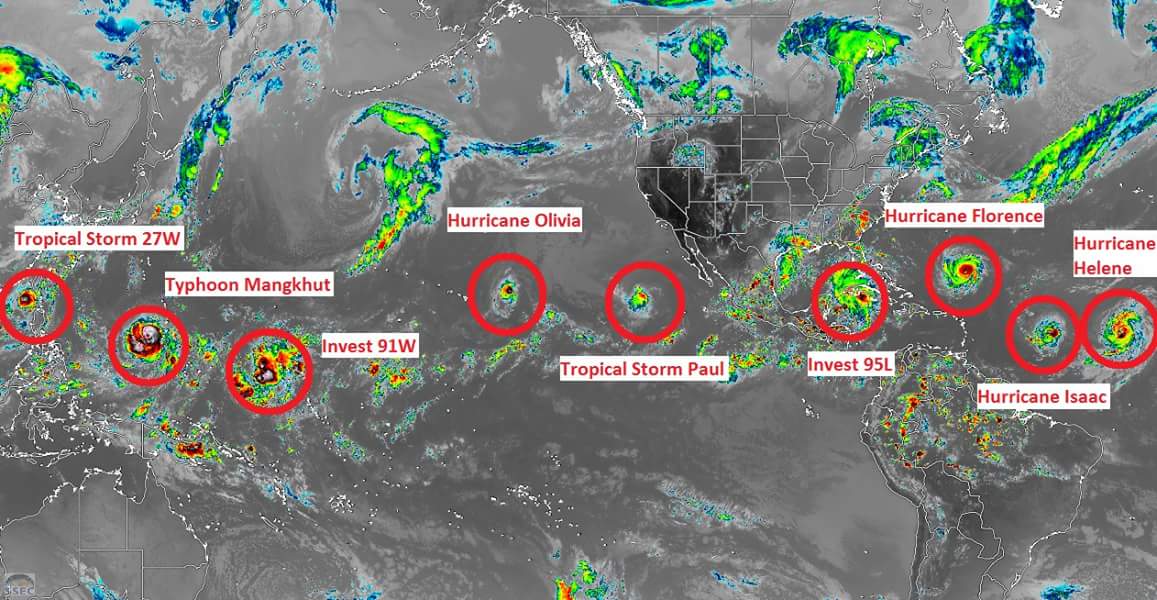