In 1815, half the world plunged into darkness 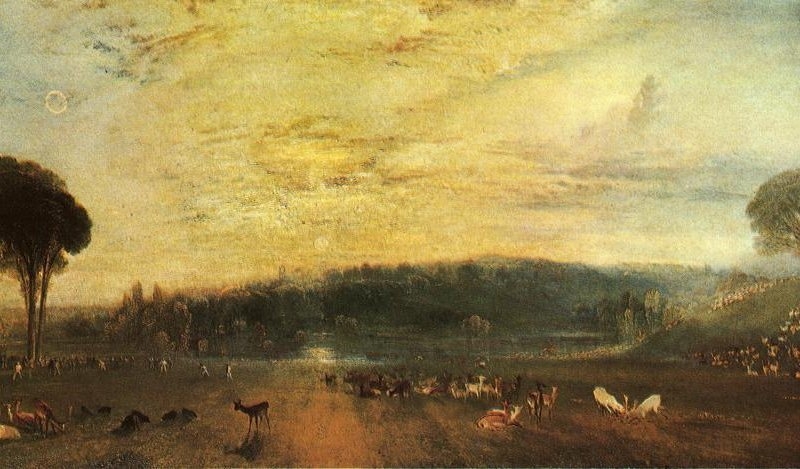 In 1815, half the world plunged into darkness. The Volcano Tambora on the Indonesian island of Sumbawa exploded in April 1815, killing
more than 60 thousand people and turning summer into winter for the most part In the Northern hemisphere. Tambora eruption was the largest in 750 years.

The volcano threw sulfur dioxide, which is turned into a sulfate the aerosols blocked sunlight. Europe and Eastern North America spent a year without a summer, which led to a severe lack of food — people eating rats and cats. 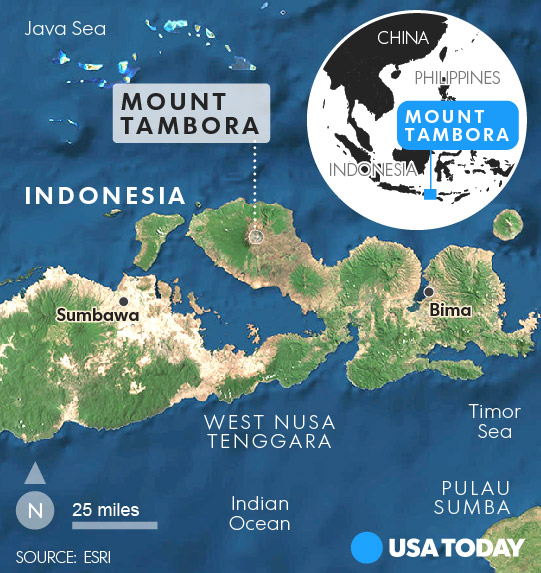 In memory of this immense natural disaster, scientists are discussing the threat that volcanoes pose volcanoes today, and the role of the eruption play in regulating earth’s climate.

Although 800 million people in 86 countries live within 100 kilometers from volcanoes, 90 % dangerous places are concentrated in Indonesia, Japan, Mexico, Ethiopia and the Philippines.

Indonesia, which lies on the so-called ring of Fire, was named the most vulnerable to volcanic eruptions by the state. In addition Tambora, Indonesia is a place perhaps most famous eruption in history — the surge of Krakatoa in 1883. Then, the volcano has killed more than 34 thousand people, becoming the second number of victims after Tambora. 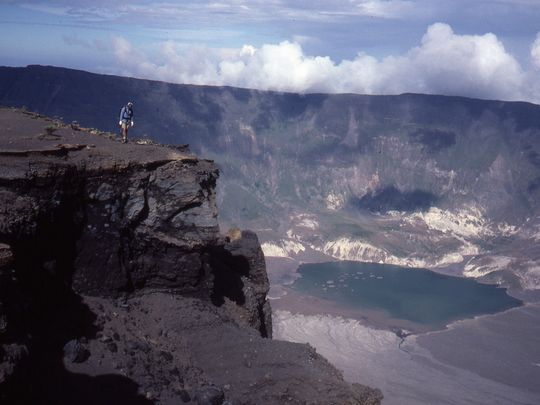 Recently, scientists have learned about another Indonesian eruption, which the scale has surpassed all others. The incident about 74 thousand years ago the eruption of Toba Vulka is considered the most destructive in the entire history. 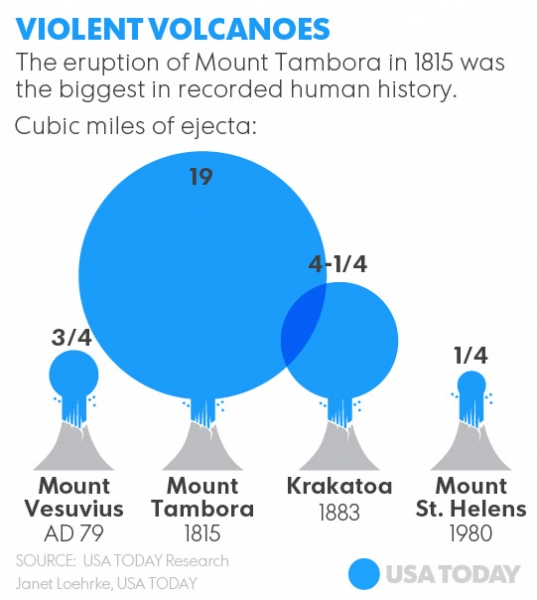 The result was formed a crater with a size of 100 to 60 kilometers, now filled by lake Toba. Ash from the eruption spread to the Himalayas, to 3 thousand kilometers to the North-West.