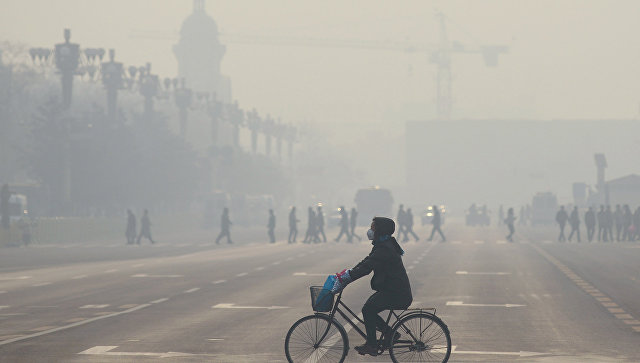 In a number of regions of China the highest red level of alarm because of the strong fog is injected, the central meteorological service of the People’s Republic of China reports.

Red highest level was injected on January 3 in Beijing, Tianjin, a part of the Province of Henan, Hebei, Shandong, Anhui. Visibility in some areas did not exceed 50 meters. It was reported that red level will work till the Wednesday evening, on January 4. As notes the Xinhua agency, it is the first case when the red level of alarm because of fog is entered.

According to the message of the central weather service of the People’s Republic of China, on Wednesday morning, since 08:00 local time (03:00 Moscow time), the highest level of alarm because of fog was prolonged to 08:00 Thursdays. The measure concerns Beijing, Tianjin, some districts of the Province of Anhui, Shandong, Henan, Hebei, and also some districts of the Province of Shanxi and Jiangsu. It is reported that in some areas visibility will make no more than 200 meters, and about less than 50 meters.