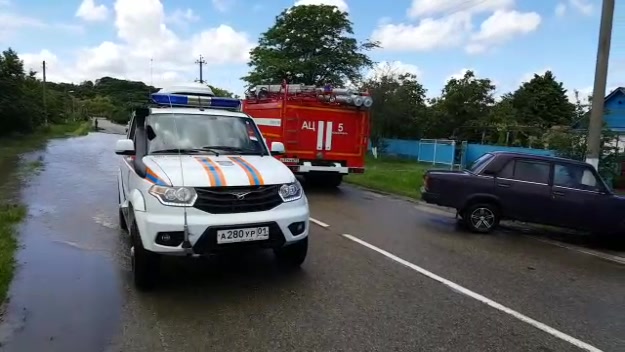 In Adygea, heavy rainfall caused the breakthrough of the dam. According to the regional Ministry of Emergency Situations, its width was about 20 meters. An emergency situation was introduced on the territory of the four regions.

The department explains that on Friday at 6:10 after the water level in the Fars River increased, the body of the water drainage dam was destroyed. The breakthrough occurred in the area of ​​the village of Hakurinohabl in Shovgenovsky district of the republic. After that, low-lying areas began to fill with water, the water flooded the fields through drainage systems. According to the estimates of emergency services, a total of 900 hectares of agricultural land, 15 households, were flooded. In total 225 brothels were damaged in the republic, two pedestrian bridges were destroyed.

To eliminate the consequences of the disaster forces EMERCOM of Russia – 310 people and 57 units of equipment were thrown.