In Alaska there was a unique “about” volcano eruption 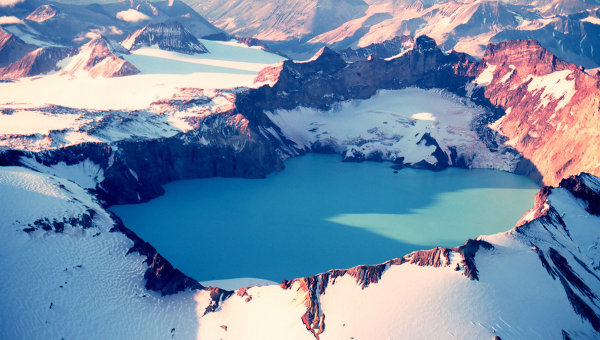 Yesterday in Alaska suddenly “woke up” volcano Katmai, ash from the eruption of which in 1912 was lifted into the air by strong gusts of wind, which created the impression that he re-awakened after 100 years of peace, according to the volcano Observatory in Alaska.

The volcano Katmai is located in southern Alaska, in the so-called valley of Ten thousand smokes, where, besides him, there are six other volcanoes, thrown up in the recent past. This stratovolcano has a really impressive size – its height is 1.3 kilometers, and the diameter of the crater – 3 to 4.5 kilometers.

In 1912 Katmai and its “neighbor” Novarupta had a terrible eruption, during which the entire top of the volcano was disrupted, with the result that its height has decreased by a mile, and surrounding neighborhood was flooded with huge lava flows and covered with a thick layer of ash and tuff, whose volume is about 13 cubic kilometers.

When the slopes of the volcano not covered with snow especially in the hot summer seasons, it is happening more often thanks to global warming, storms and strong winds often raise large puffs of ash into the air that often threatens the health of local residents and aviation security.

This week is the ash cloud reached a sufficiently large size, covering the entire shelf Salikova in the North-East from the volcano Katmai, and forcing the US government to warn airlines about possible dangers. The volcano itself, as emphasized by seismologists, continues to sleep and doesn’t plan to Wake up any time soon, so worry about the safety of the residents of Alaska are not worth it.