In Albania, more than 500 earthquakes occurred per day 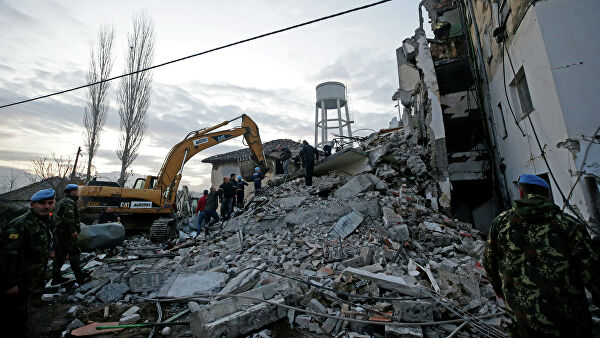 Since the devastating earthquake in the Republic of Albania on Tuesday late at night at 03:54 (05:54 Moscow time) in the vicinity of the city of Durres, in the state, the Department of Seismology of the Institute of Sciences in Tirana recorded 526 tremors of lesser intensity.

At the moment, rescue operations are still ongoing, people are being removed from the rubble, authorities are reporting 32 dead and 658 wounded.

The Albanian government has officially declared nationwide day of mourning on November 27. Prime Minister Edy Rama ordered a state of emergency to be introduced in Tirana and Durres, where the disaster caused the most damage.